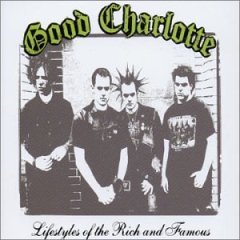 No need to get nervous, we’re not changing formats here at YouKnowIGotSoul. But I will say as a music connoisseur it is important to not just recognize just one style of music, but also to surround yourself with all of the good music that is being made across all genres. Good Charlotte is one of my favorite pop/punk bands and I’ve followed their career closely since their self titled debut album which was actually the band’s least commercially successful album. The group became a household name with their release of their “The Young and the Hopeless” album in 2002 which kicked off a string of four commercially successful albums culminated by their latest release “Cardiology.” Perhaps the single that led them to super stardom was “Lifestyles of the Rich and Famous” which not only had success in the U.S. but was huge overseas as well.