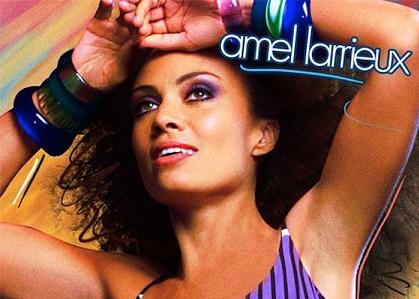 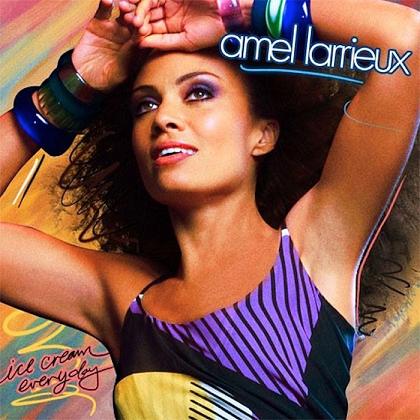 Iconic R&B songstress and Grammy-nominated recording artist Amel Larrieux has moved the official release date of her latest studio album ICE CREAM EVERYDAY, to October 1, 2013. The change was announced by Amel herself via a personal voicemail sent to fans that pre-ordered the album on Friday, August 16th. ICE CREAM EVERYDAY, originally slated for release on August 27, 2013, will be released through Amel’s self-run label, Blisslife Records, and will be the singer’s first full-length album since Lovely Standards in 2007. All pre-orders will be honored and any questions can be sent to friends@blisslife.com.

The album’s lead single “Afraid” has received unanimous praise since its June release. Produced with her longtime collaborator and husband Laru Larrieux, the track is a fresh, soulful groove in the tradition of fan-favorites such as “Get Up”, “For Real”, and “All I Got”.

Amel Larrieux is a widely acclaimed urban chanteuse who first rose to fame in the mid-1990s as a founding member of the duo Groove Theory, along with Bryce Wilson. As lead singer and co-writer for the group, she achieved worldwide success with the smash hit “Tell Me”, which broke the top ten on the Billboard Hot 100 chart and the top five on R&B charts, before being certified gold in October 1995. She released her solo debut album Infinite Possibilities on Epic Records, before venturing out to launch her own independent label in collaboration with husband/producer Laru Larrieux — Blisslife Records, on which she has released two R&B Billboard chart-topping albums BRAVEBIRD and MORNING. After over selling two million albums worldwide, Amel returns to the spotlight with ICE CREAM EVERYDAY, her first proper studio album in seven years.