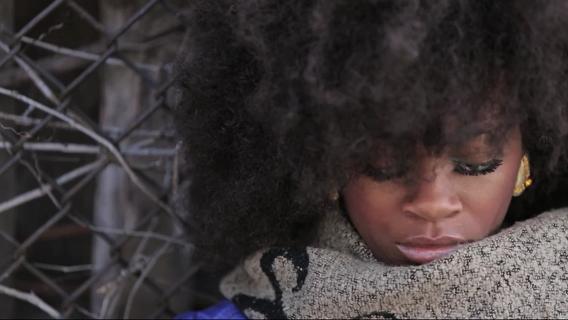 Widely received online as “a breathe of fresh air that takes you there and beyond” according to Singersroom.com, in Ari Lennox’s “La, La, La, La,” a powerful yet angelic soulful ballad, the singer-songwriter offers a snippet of what’s to come from her forthcoming new project. In this compelling video, Ari translates this lyrical embodiment into a visual story filled with suspense, shock, and natural beauty as her significant other captures the essence of Ari Lennox, but simply cannot let go, leading to a surprising end.

“When I wrote “La La La La” I imagined I was in a session with D’Angelo and Lauryn Hill, and I traced back to my relationships that were caused me turmoil,” says Ari Lennox. ““La La La La” is a reflection of that, and I wanted to make sure my story was delivered through video as it was through song.”

Since her online debut, Ari Lennox has led to becoming one of the most sought-after gems in music, propelling a delivery of songs both original and covered with a unique twist of vibrant lyrics, infectious melodies, and commanding presence. With a following over 3,000 loyal fans on YouTube alone with no major-label backing, Ari’s presence has expanded over to the world of web series, with her Young Jeezy cover of “I Do” featured on BlackandSexy.tv series’ “The Couple.”

Whether it’s the soulfully-charged, vigorous remake of James Brown’s “King Heroin” with “Tie Me Down,” to her funky, witty, energy-pumped N.E.R.D instrumental inspired “Cocoa Puffs,” versatile and fearless, Ari captures her audience at the first listen.