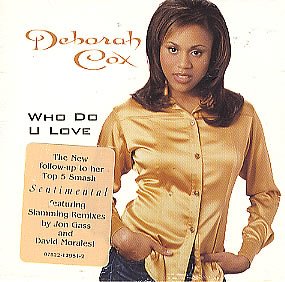 In proving to what would become a trend that would define the latter part of her career, Deborah Cox gained her first number 1 Billboard US Dance single with “Who Do U Love” in 1996. An interesting fact is that from her debut self titled album from which this song was released, a total of five singles were released. How often do you see that these days in r&b?