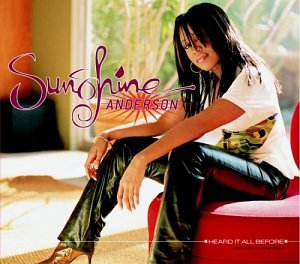 I actually prefer the second single “Lunch or Dinner” to this one, but “Heard It All Before” was more popular and peaked higher on the Billboard Charts, so I gotta give the people what they want! After releasing her 2007 album “Sunshine at Midnight,” Anderson had a child and made an effort to slow down her career. Currently, she doesn’t have any projects lined up.