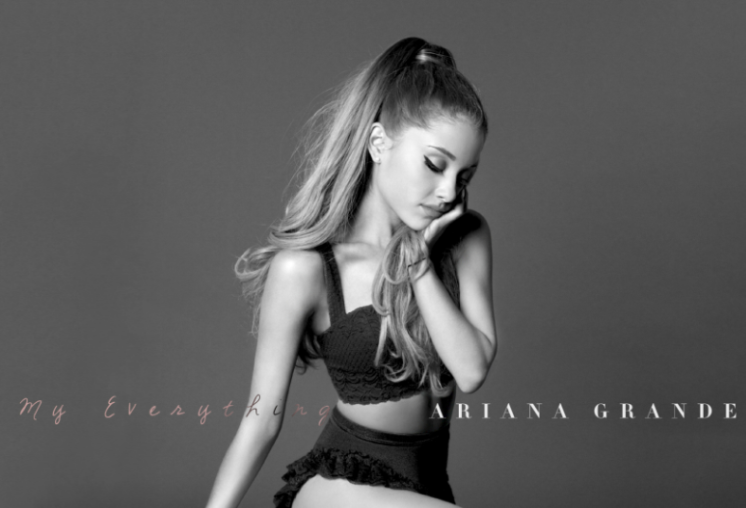 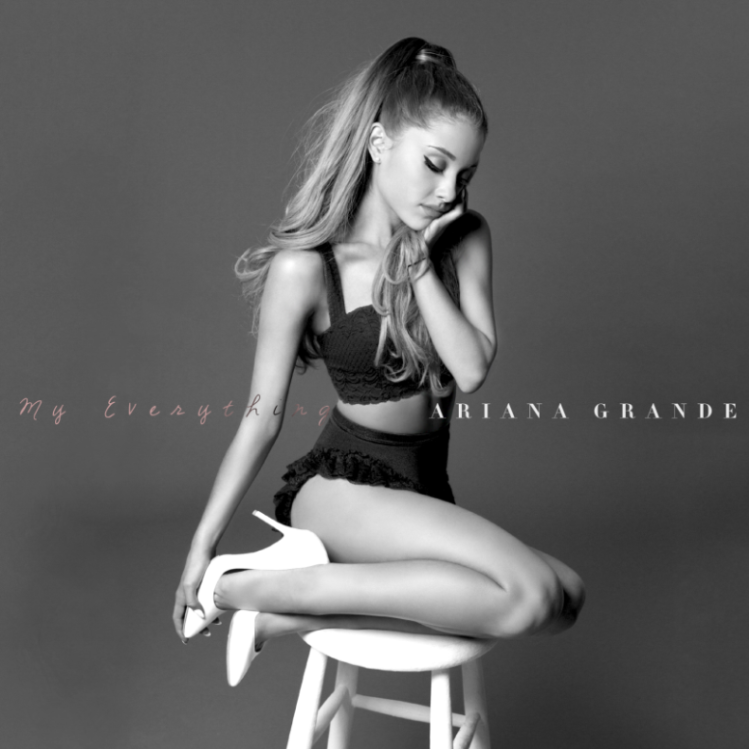 After fueling palpable anticipation and unparalleled excitement for months now, ARIANA GRANDE just disclosed the details of her second full-length record— and the most anticipated album of the year — exclusively to Ryan Seacrest this past Saturday in a special interview airing on iHeartRadio.com, ArianaGrande.com, and all Yahoo! stations.

Following the double-platinum, chart-smashing, and history-making success of the summer’s biggest single “Problem”, her sophomore set, My Everything [Republic Records], will be available August 25th and promises to be the music event of 2014. You can check out the cover art above and the final track listing below!

My Everything pre-order available through here. Fans who pre-order now, will get exclusive access to video stream Ariana’s iHeartRadio concert, where she will perform new songs from the album for the first time. Plus get t-shirts, posters and more exclusive merchandise.

The multi-platinum, award-winning singer also reintroduces a new generation to MTV’s legendary Total Request Live—TRL—on Wednesday July 2nd. For one day only, this 30-minute special appropriately titled Total Ariana Live —TAL— sees her “Arianators” invade Times Square. After performing a stripped-down version of “Problem”, she will take the opportunity to debut her new single “Break Free” for the first time anywhere, and to announce an upcoming surprise to MTV News’ host Sway Calloway.

In addition, Republic Records has partnered with Branded Cities Network—the largest operator of iconic large-format interactive digital billboards in Times Square. As part of this partnership, ARIANA’s TAL will be telecast live on the screens for fans to watch outside. Simultaneously, ARIANA and Branded Cities are giving fans in Times Square an exclusive mobile streaming preview of “Break Free” during Total Ariana Live.

“Break Free” sees ARIANA collaborate with world renowned producer Zedd who gives pulsating production to the vocalist’s unmistakable powerhouse voice. The track was also co-produced by Max Martin. Other guest appearances on My Everything are bound to get everyone talking as well. Longtime friend and collaborator Big Sean lends a verse to the soulful “Best Mistake”, while The Weeknd adds energy to the sexy “Love Me Harder”. Childish Gambino contributes to “Break Your Heart Right Back”, and “Hands On Me” sees her team with none other than A$AP Ferg. Then, there’s “Why Try” which brings ARIANA together with top hit-makers Ryan Tedder and Benny Blanco for another heartfelt gem. Among these collaborations, One Direction’s Harry Styles wrote the powerful “A Little Bit Of Your Heart” specifically for ARIANA. All in all, Martin and his production team MXM produced five of the record’s tracks. Other top producers featured on the album include Rodney Jerkins, Oak & Pop, and Harmony & Tommy Brown. The deluxe edition of My Everything features three additional tracks, including a surprise epic team-up.

At radio, “Problem” is now the #1 song in America at the Pop and Rhythm formats. This is her very first #1 at the Pop radio and a massive achievement.

ARIANA will be making the rounds with a series of high-profile summer performances and appearances. You can watch her perform at Macy’s Fourth of July Fireworks Spectacular on July 4 as well as during the VH1 Presents Philly Fourth of July Jam with The Roots. She’ll also take over The Today Show stage on August 29 as part of the Today Show Summer Concert Series.

“Problem” first set the stage for My Everything in May. It achieved astounding first-week sales of 435,000-plus, making for the biggest single debut of the year so far and fourth highest for a female artist ever. She also becomes the “Youngest Woman to Debut with More Than 400,000 Downloads”, and it’s now the eighth highest digital song debut of all-time. In Sound Scan history, it remains one of only nine tracks to debut with over 400,000 digital downloads during its release week. It enjoyed the highest digital song debut since Katy Perry’s “Roar” last August. Meanwhile, it arrived at #3 on Billboard’s Hot 100 Chart and #1 on Billboard’s Digital Songs Chart and vaulted to #1 on iTunes in over 65 countries.

My Everything Track listing: