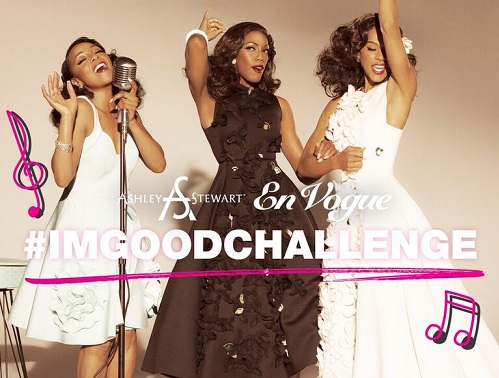 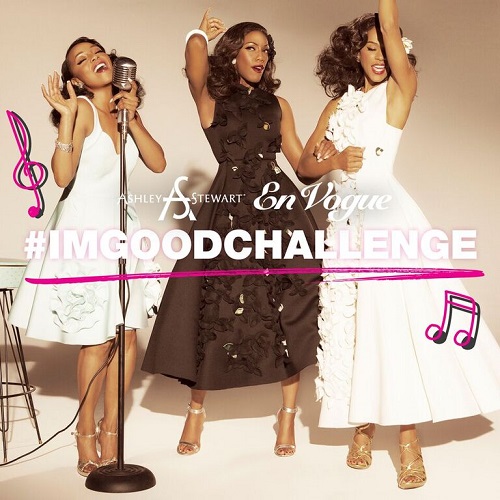 To the delight of their fans, legendary group En Vogue has teamed up with fashion line Ashley Stewart for the #ImGoodChallenge.

Fans can rock out to En Vogue’s new song “I’m Good” from their forthcoming album Electric Cafe and enter for a chance to win a trip to the contest finale in New York City for a special performance by En Vogue and a chance to meet the group!

Post a video on your public Instagram and be sure to include #ImGoodChallenge in the caption. Enter now through August 27th.

GRAND PRIZE
One fan will win a trip to MEET EN VOGUE at the Finding Ashley Stewart finale at the King’s Theater in Brooklyn!

Winners will have the opportunity to walk the pink carpet with HOT 97.1 radio host TT Torrez and join the party as we celebrate Brooklyn, women’s empowerment and community with hot performances by the award winning group En Vogue, Brooklyn United Drumline, Xinos Step Team, and dancing sensation Amanda LaCount. This star-studded event will include special appearances by NFL legend Carl Banks, Miss USA 2013 Erin Brady, WNBA star Kym Hampton, Full Figured Fashion Week Founder Gwen Devoe and many more! Presented by leading fashion brand Ashley Stewart, so be sure to dress to impress. All net ticket proceeds are being donated to Dress for Success.