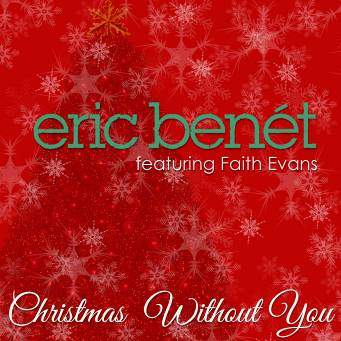 Last week the news broke that R&B icons Eric Benet and Faith Evans have teamed up on a new holiday single, “Christmas Without You”, and today it is officially available on iTunes (Download Here)! The beautiful Christmas duet evokes warm holiday memories and reminiscent moments of past Christmas romance. This is Eric Benet and Faith Evans’ second collaboration, after their first hit “Georgy Porgy”, which reached #15 in 1999 on the U.S. Billboard R&B Chart, and was also featured on Eric’s platinum certified album, A Day In The Life.

This new holiday track is Benet’s first single since releasing his new album The One on June 5th, 2012, which featured Lil Wayne & Shaggy, a duet with his first daughter India and even a lullaby written for his baby girl Lucia Bella. Since the summer release, the album has received a ton of buzz & praise from fans and press alike, such as US Weekly, Hip Hop Weekly, Billboard, and People Magazine.