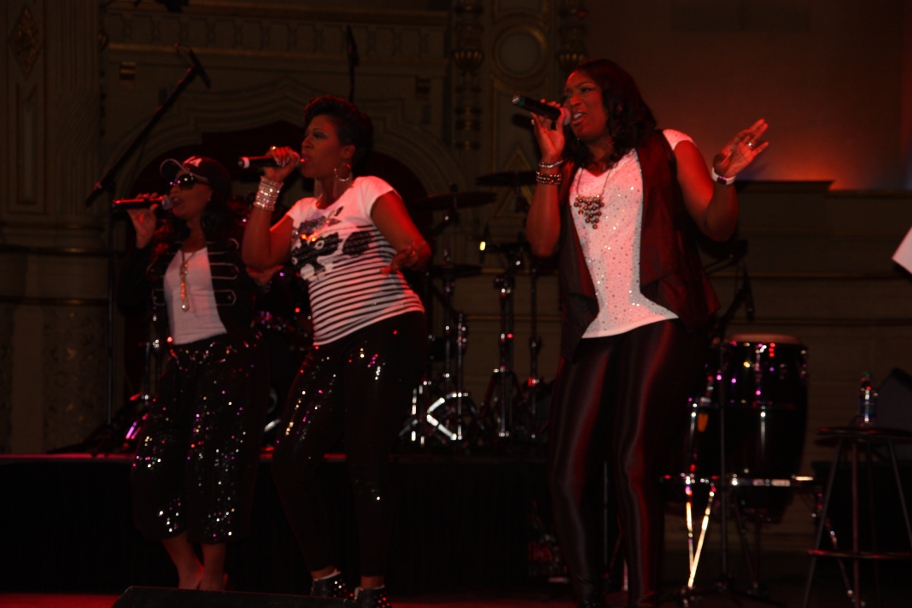 To celebrate Canada Day, the people at Sky High Media, Chronico Music Group and Jpioroda put together an R&B event which brought together three of the biggest R&B names of the 90’s to Vancouver. The crowd was rocking from the get-go as SWV came out and performed classic hits such as “Human Nature”, “Rain” and concluded with “Weak” which was an obvious fan favorite. The group also announced to the crowd that a new album is in the works and will be out sometime in the fall. The energy at the Orpheum Theatre carried over to Ginuwine who really got the crowd involved with his soulful singing, dancing and mini skits. The songs “Same Ol’ G” and “So Anxious” drew huge reactions, but it wasn’t until “Pony” where we saw the place erupt. Tony! Toni! Toné! came out next and closed out the show with a very musical performance. They brought out an entire live band and jammed to a lot of their classic songs. At the concluding part of their performance, the group brought up some people from the audience to dance with them on stage. Overall, the event was very well put together and there’s no denying that Vancouver was starving for some old school R&B.

Check out pictures from the performance below.