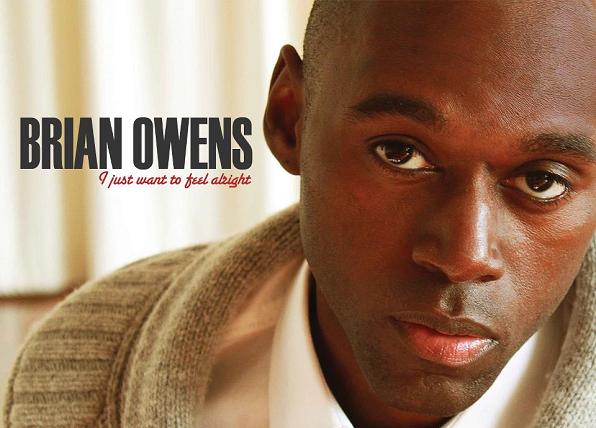 Sitting across the table from Brian Owens, one might get the feeling of conversing with — as some say — an old soul. There is a calmness and self-assuredness that suggests he’s been here before, even though he is only on the verge of becoming the new voice of American soul. He doesn’t project the harried, fast-paced life of a national recording artist, but rather the soulful energy that dominates his music.

Raised in St. Louis, his music reflects a city infused with blues, soul, and folk, resulting in a style that is distinctly his own, yet reminiscent of artists like Marvin Gaye, Otis Redding, Al Green, and, for those who know him, his father Thomas Owens who chose not to pursue a music career. “I want to be my own voice, but in a way that’s familiar to people,” Owens says. “So I welcome the comparisons because it means that people take comfort in my influences. People also say, ’You sing like your father,’ which is still a nod to good tradition. I’m glad to do that.”

As one of the lead singers of Sidewinder, the Air Force band that became a YouTube sensation, Brian has been featured on The Ellen Degeneres Show, Entertainment Tonight and Fox and Friends. And he is determined to balance the media attention with a level head. “I’m very excited about the exposure,” he says. “Positive exposure is always good, even when I’m not at the forefront. I believe it will come back to me in a good way.”

In the meantime, Owens is preparing for the launch of his first major release, Moods and Messages — a self-proclaimed soundtrack to his journey as a soul artist. With the backing of St. Louis-based Destin2B1 Records and distribution through New York-based RED, a division of Sony Music Entertainment, Owens says, “Moods and Messages is about balancing out how we feel and what we give out to the world in terms of messages. So moods and messages often conflict, but you have to choose what your life will say, despite how you feel … It’s about making choices.”

The album displays Brian’s personal choices — serving in the Air Force, becoming a husband and father, performing — as they constantly shape his music into messages that are encouraging, thought-provoking, and touching. From social awareness to loving tributes to family, Brian masters the art of effortless lyrics and melodies to deliver messages that are powerfully relevant.

In his first nationally distributed single, “I Just Want to Feel Alright,” Owens evokes some of the most universal experiences of pain and desperation, even tapping into the mood.