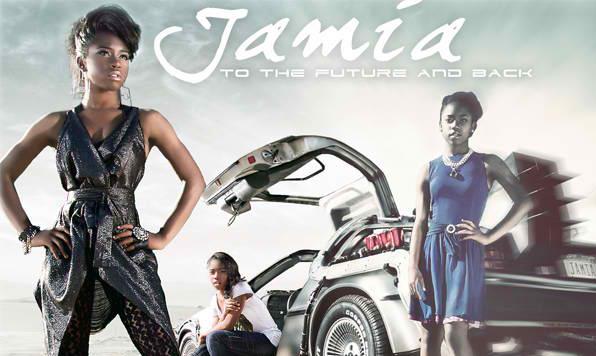 “Without Me” is the first of several contemporary covers being released in preparation of singer/actress Jamia Nash’s forthcoming EP, To the Future and Back!

Performing for the first time at the tender age of 5 as a special guest on “Showtime at the Apollo”, Jamia had appeared on more stages by 15 than most do in a lifetime.

Jamia graced many stages from Good Morning America and the Tonight Show with Jay Leno to singing before a NASA delegation, the NBA All-Star Game, touring with David Foster and being flown in as a surprise guest for John Travolta’s 50th birthday party. At the age of 11, she performed before the world on the Oscar stage, making her the youngest ever to do so, following the Academy Award nomination for the song she performed in her role in the movie August Rush.

An accomplished young actress as well, Jamia starred in multiple TV shows including The Young and the Restless, Life Is Not A Movie (The Fantasia Barrino Story), The Backyardigans, Romeo, and My Wife & Kids. Music was always her first love, and with a voice loved and supported by a wide and growing international fan base including some of music’s most revered names such as Aretha Franklin, Josh Groban, Mary J. Blige, Alicia Keys, Fantasia, David Archuleta, Celine Dion, Brandy, Kelly Rowland, Beyonce, Mario and Chris Brown, the world anxiously awaits what President Bush described simply as “The Definition of the Future”.