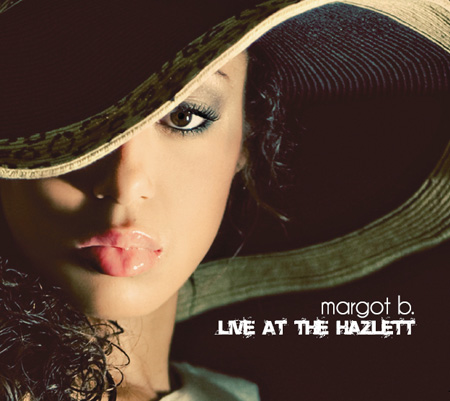 From the pageant stage to the soundstage, to center stage with a Grammy-nominated artist, triple-threat Margot B. makes a habit of working hard and moving forward.

Currently appearing in the Off-Broadway revival of Jonathan Larson’s Tony Award winning RENT in New York City, Margot also recently wrapped national commercials for Nikon and Reebok. Her face graces the Revlon.Com website alongside the likes of Halle Barry, Olivia Wilde, and Emma Stone as the star of their Revlon Expression Experiment. She’s the voice of the documentary short “Death of a Forest”, and in the past year was featured on CBS’ The Early Show, Regis Philbin’s last “Live w/ Regis & Kelly” show, and MTV’s MADE. Work on the web series In Between Men garnered a Best Breakout Performance nod at the 2011 Indie Soap Awards, and though nominated for a 2012 Independent Music Award for Best Cover Song, performing her original songs remains her one true love, as evidenced by her recent rave-review earning Soul Factory Presents performance at NYC’s drom Nightclub.

The Pittsburgh native began her career in front of the cameras at the age of nine, modeling for local and national talent agencies. It’s been a steady accomplished rise ever since. At 13, she wrote a tribute to the late Dr. Martin Luther King, Jr. called In My Dreams, which continues to be featured at MLK events nationwide. While her friends planned ‘Sweet Sixteen’ parties, Margot was winning the National Miss Black Teen title and spending the year visiting Veterans Hospitals, performing at charity fundraisers, and volunteering for Make-A-Wish and Children’s Hospital.

2005 saw two major milestones: her first full-length CD Unframed was released to a sold-out crowd at the Hard Rock Cafe, and she was a main force behind Pittsburgh’s Katrina Relief Benefit Concert (both planning and performing) at Mellon Arena. The city-wide event featured 10 acts, garnered major media attention, and raised approximately $200,000 for the American Red Cross. The Creative and Performing Arts High School student went on to perform the title role in AIDA during her senior year, and appeared in commercials for GNC, Dad’s Dog Food, and the Black Family Channel. Margot continued her training through the Pittsburgh Ballet Theatre and Civic Light Opera, studied with vocal coach Claudia Benack, at Carnegie Mellon University, and completed Dance/Musical Theatre classes in the nationally-ranked dance program at Point Park University. While sharing the stage with Black Eyed Peas, Kelly Clarkson, Nelly Furtado, and Lupe Fiasco, Margot released Inspired – an EP featuring covers of songs by five African-American artists who truly inspired her to live her own dream. Margot also performed the National Anthem for countless national sporting events and charity fundraisers, and lent her talents to many regional entertainment acts. Her relentless desire to give back found her touring with Armed Forces Entertainment, performing for troops stationed in Cuba.

2009 kicked off with Margot being named Best Female Vocalist at the Pittsburgh Hip Hop Awards, and hitting the recording studio to finish her second full-length CD Two Thousand Mine. The summer release coincided with her joining Jason Mraz on select tour dates. Margot performed the duet Lucky with Jason in venues such as Nikon at Jones Beach in New York, Minneapolis’ Xcel Energy Center (on her 21st birthday), and in her hometown. The 23-year old’s “Complete” video is airing nationally in Club Com’s network rotation, while her voice is showcased in a national Hoover Vacuum commercial. Her last release “Live at the Hazlett” continues to sell, and she has started work on a European roll-out of her pop inspired music.
Based out of New York City, Margot continues to write, take meetings with major labels, audition for roles, and wait for her moment. A veteran of the business at a young age, Margot knows it’s just a matter of keeping at it, staying focused, and working hard. Nobody does that better than Margot B!