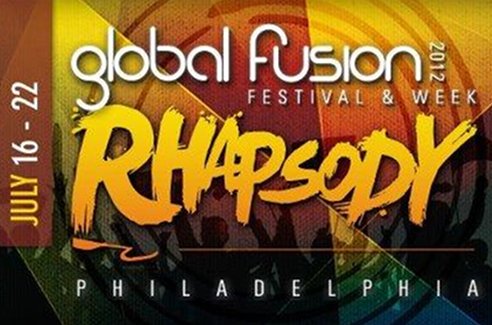 Philadelphia, PA (July 2nd, 2012) Grammy award-winning R&B singer Brandy, is the most recent performer added to an already stellar lineup for Philadelphia’s 6th annual Global Fusion Festival (GFF). Brandy’s latest album Two Eleven, is her first release since the death of her friend and mentor, Whitney Houston. The title of this album is a direct reference to the month and date of Brandy’s birthday and a tribute to Whitney, who passed away on the same date in 2012. Brandy joins headliners Elle Varner, Luke James and Kenny Lattimore, for the FREE concert on Saturday, July 21st, from the Philadelphia Multicultural Affairs Congress (MAC), a division of the Philadelphia Convention & Visitors Bureau (PCVB) and the Delaware River Waterfront Corporation (DRWC), as part of PECO’s Multicultural Festival Series at Penn’s Landing.

“We are extremely excited to have such a huge name added to the roster of talent performing for this year’s Global Fusion Festival at Penn’s Landing,” states DRWC president, Tom Corcoran. “We look forward to a great turnout and a great show.”

Brandy Rayona Norwood, professionally known as Brandy, is a singer/songwriter, actress and reality TV star. In 1993, she signed a solo recording contract with Atlantic Records and also landed a supporting role on the sitcom Thea, which paved the way for a lead role on the popular sitcom Moesha. Her albums, Brandy, Never Say Never, Full Moon, Afrodisiac, and Human have made her one of the best-selling female artists in American music history, having sold more than 15 million copies in the United States and over 50 million records worldwide. In 2010, Billboard included Norwood in their top 50 R&B and Hip Hop artists of the past 25 years list. She also recently participated in the hit television competition Dancing With The Stars and has had guest roles on 90210 and The Game television series. Her new album is slated for an August release and will be her first studio album in four years.

“To have an artist of Brandy’s caliber performing at this year’s festival is great for Philadelphia,” states PCVB president & CEO Jack Ferguson. “We hope that visitors from along the east coast can join us for a day of great entertainment from Brandy and the other first-rate performers.”

Visit www.GlobalFusionFestival.com for an updated list of performers, vendors and sponsors. For more information on performing or vending opportunities, call 215-636-3322 or email gff@pcvb.org.