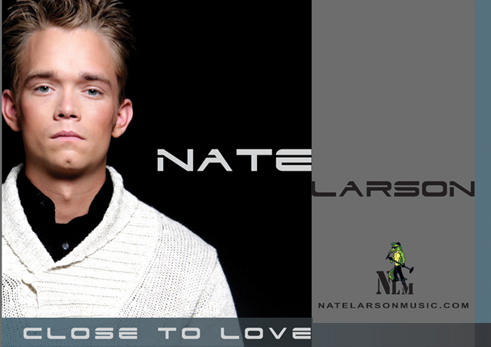 (Los Angeles, CA – October 3, 2011) Upon first look, there may be some aesthetical comparisons to other artists who have come before him. But upon first listen, those parallels immediately begin to fade. Atlanta-born/ Orlando-raised singer-songwriter Nate Larson is poised to take the industry by storm with a dynamic Billboard-bound vocal style. Flaunting a musical style described as R&B with a pop edge, Nate has managed to tap into his broad range of musical influences while bringing a remarkably fresh sound all his own. The 22-year old singer is currently managed by Fernando Gibson of New City Entertainment, Gibson who has an eye for fresh talent served as longtime manager for India.Arie.

Though his current 2011 material may be whetting the appetites of contemporary pop & urban radio, Nate plans on digging a little deeper for his forthcoming 2012 full-length album:

“With my album, I see myself exploring the history of R&B, from the 1950s to the present, then on to the future. Almost like a conceptual piece. A lot of people my age like R&B, but may not really know the history. I’d like to explore and share that history. Everything has its roots in gospel music, which turned into blues and jazz. That, in turn, evolved into R&B, which leads us to where we are today.”

Since his beginnings in the fertile musical crescent of Atlanta, Nate has been incessantly grooming his gift of song. It wasn’t long before his insatiable love of music found him performing with a gospel group for a number of years. During his tenure with the group, Nate began to explore and become enamored with the full range of American popular music. But it wasn’t long before he realized that he had more of an affinity for the vast canon of black music. “I have to say my favorite era of music was 90’s R&B. Artists like Jodeci, Boyz II Men, Prince, Michael Jackson, and Luther Vandross. I got so much inspiration from a lot of the old Motown songwriters like Smokey Robinson and Marvin Gaye, I love the way they arranged background vocals.”

It’s apparent that Nate has big plans in store for himself. But equally apparent is his commitment to his career trajectory and personal growth. He’s well aware of the musical landscape as it stands. However, he’s also aiming to cement himself just beyond the borders of convention. After all, this is how legends are made.