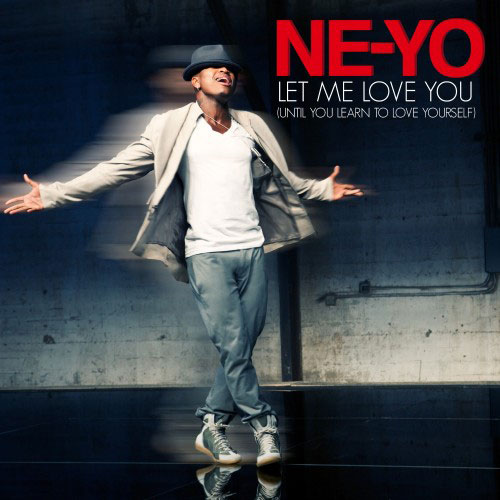 The new single “Let Me Love You (Until You Learn To Love Yourself)” developed from a line of verse written by Sia (known for her vocals with the UK group Zero 7): “Let me love you, and I will love you/ Until you learn to love yourself.” NE-YO grew fascinated by the line and its powerful implications: “It goes beyond the realm of just a relationship between man and woman,” he said, “this is understanding what it is to allow another person to get close enough to you to teach you how to love yourself. This song, if taken care of the right way, could help the world!”

“Let Me Love You (Until You Learn To Love Yourself)” is the follow-up to R.E.D.’s first advance single, “Lazy Love,” which heated up Urban radio. The explicit version of the “Lazy Love” video has generated over 320,000 views since it premiered late last month on NE-YO’s website (http://www.neyothegentleman.com/lazylove/) and on BET’s “106 & Park.” The video has also logged over 880,000 YouTube views to date.

R.E.D. is NE-YO’s first album for Motown after seven hugely –successful years and four RIAA gold and platinum albums as a core member of IDJ since 2005. In January 2012, NE-YO was also named Senior Vice President of A&R for Motown, working alongside Barry Weiss, Chairman & CEO of Universal Republic and Island Def Jam Motown.

R.E.D.’s title is an acronym for Realizing Every Dream. The title, said NE-YO, “came from me stepping outside myself, looking at my life as it is today and realizing that every dream I’ve had from the day I decided I wanted to do music, every dream that I’ve had from then til now, I’m definitely on the way to realizing it.”