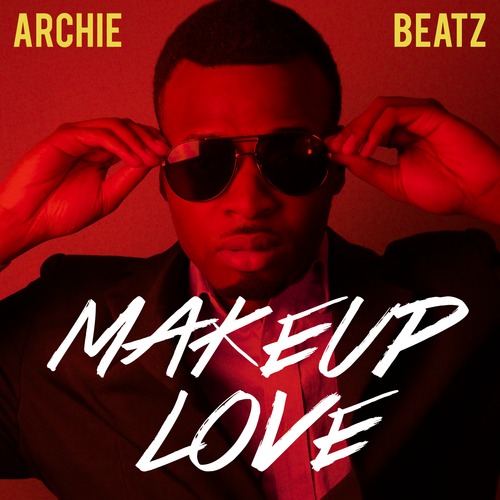 We’re happy to introduce you to a new artist named Archie Beatz with his new video for “Makeup Love”. He has worked technically and creatively with artists such as Jibbs, Bruno Mars, and Lloyd and currently produces, writes, engineers and mixes all of his songs. His debut EP entitled “My Turn” was released on 3/18. Check out his full bio below.

Archie Beatz is a musician, singer/songwriter, music/vocal producer and certified recording engineer from a small town in Mississippi called Shaw. Archie’s career in music began when his mother and father purchased him and each of his 2 brothers their own guitar and microphone. Years later Archie received a full music scholarship to Mississippi Valley State University to play keyboards in the Jazz band, sing in the jazz ensemble and play the quints(percussion) in “Mean Green Marching Machine” Marching band.

Archie walked away from his full scholarship at MVSU to pursue a career in music production and audio engineering. Archie eventually went back college and graduated with a degree in Audio Engineering and Production. Shortly after graduating Archie landed an internship and eventually a job engineering for the multi-platinum, grammy winning production duo, The Trak Starz (Chingy, Britney Spears, Shark Tales and etc.) Archie also balanced a job/internship serving as sound tech at Clear Channel Radio. Soon after, I became Universal Music Group/Interscope recording artist Jibbs (Chain Hang Low, King Kong, Ay Dj) road engineer which lead to him working on projects and songs like “The Dedication” Jibbs ft. Lloyd produced and written by Bruno Mars and Philip Lawrence. Archie has the pleasure of working with artists such as Jibbs, Bruno Mars, Lloyd, Nelly, Jon B, Chingy and many more due to his dedication. Archie is also the Co-owner of Arnat Media Group with Natasha Solae and they are members of the grammy recording academy. As of today, Archie has released his debut EP titled “My Turn” and his debut music video “Makeup Love” just world premiered on Vevo. Prepare for the take over.