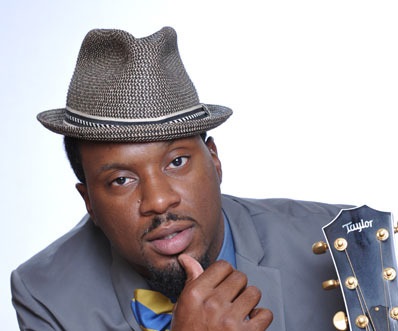 Vocalist and songwriter Gabbedon, has displayed his creative versatility by writing and producing across a broad range of genres including Pop, R&B, Hip-Hop, Gospel, and Reggae. This DC native has been behind the scenes for quite some time, but with his work ethic, amazing vocal ability, and phenomenal writing skills he is quietly making a name for himself.

He recently released his debut album titled “Relationship Status: Complicated”, a collection of songs that highlight his incredible vocal range and musical diversity. The emotion in his music derives from the experiences that most can relate to: relationships, forming new bonds, and the complexities of life. Gabbedon and his band run the gamut from Latin beats to funky soul to slow jazz to Afro-Cuban downtempo and everything in between. An artist with the dedication, determination and talent of Gabbedon, as a singer, songwriter and entertainer only comes along once in a while.

Gabbedon is currently has numerous collaborative projects in the works, and looks forward to spreading his message universally.