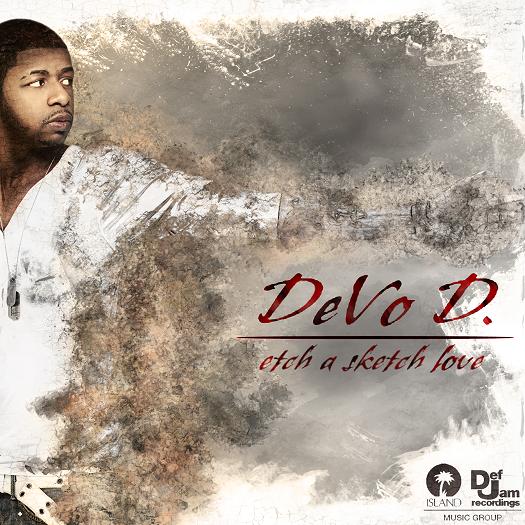 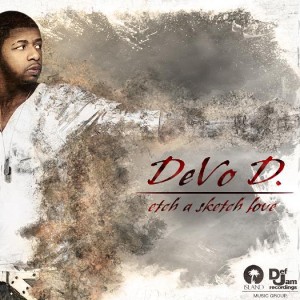 March, 2011 (Bronx, New York) — Bronx bred vocalist/songwriter “DeVo D.” hits the scene with his new single “Etch-A-Sketch Love”. Produced by “Cito On The Beat” (one half of the international Hip-Pop group “87 Drumz”) and written by DeVo himself, Etch-A-Sketch Love is a catchy mid-tempo ballad, sure to peak the interest of any listener. The new single is being distributed digitally through Island Def Jam Music Group.

The song tells the story of a love gone awry after turmoil arises amidst the relationship. The title “Etch-A-Sketch Love” references a metaphor of the songs scenario. “The relationship with my ex girlfriend reminded me of an Etch-A-Sketch” remarked DeVo. “When you spend so much time creating an image with only up, down, left, or right options, to see it be so easily erased by just shaking it, is a bad feeling. Everything you worked so hard to create is gone with such little effort. That’s how our relationship felt to me. Every time we got a little shaky, her love for me would disappear. Just like an Etch-A-Sketch.”

To handle the production of “Etch-A-Sketch Love”, DeVo linked up with star producer “Cito On The Beat”. Most known for his work with hip-hop artists Fabolous, Lil’ Wayne and most recently Somaya Reece, Cito hopes to find more success with the launch of his new hip-pop endeavor “87 Drumz”. Their project is also slated for release later on this year.

The song is being distributed digitally by renowned record industry juggernaut, Island Def Jam Music Group through idjfirstlook.com. The song is currently available through all digital markets (iTunes, Amazon, E-Music etc.) and is slated for physical release later in the fall.

DeVo D. has been working in music for as long as he can remember. As an adolescent from the Castle Hill section of the Bronx, New York, DeVo used music as an outlet. As a tool for his voice, and message to be heard. Today he continues to strive for success in an ever-changing industry. He currently juggles the tasks of being a full time vocalist, vocal producer, songwriter and dancer. DeVo has studied dance at The Broadway Dance Center of New York and has had vocal & stage training from celebrity vocal coach Craig Derry. He has worked with music industry heavyweights such as Memphis Bleek, Da Youngfellaz, Pudgee Tha Phat Bastard, and Reggae stars Dynasty and Bruckup.

His first official album release is slated for the fall of this year. The project, entitled “L.O.V.E. Notes” will be a “recollection of my most recent emotional events, leading up to where I am in life right now” says DeVo. “I use the word love as an acronym for Language Of Various Emotions. The notes that I took about these various emotions are thfootnotes I used to create this album. It tells my own personal love story.” DeVo hopes the release of this new single will put him on the radar as a force to be reckoned with in the new school of R&B.