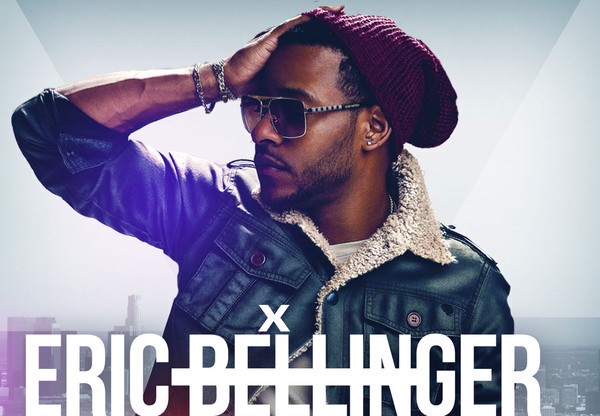 Today, Grammy Award-winning singer/songwriter Eric Bellinger debuts a new music video, ‘The 1st Lady,’ on KarenCivil.com. The video, directed by actress Meagan Good, will make its premiere on BET’s 106 and Park when the actress-turned-director will appear on the show to promote her upcoming movie sequel Think Like Man Too.

In the highly stylized video, Bellinger and his very own first lady lead an underground rebel group where loyalty is tested. Good utilizes her 18 years of acting and production experience to execute ‘The 1st Lady’ with cinematic precision.

“Growing up, I was fortunate to have an amazing example of a great woman with my mother,” explains Eric. “With ‘1st Lady,’ I wanted to show a different perspective on a woman than what the media and lots of other artists put out today. I want everyone to know there are men out here that respects an independent woman doing positive things and holding her man down for all the right reasons.”

He adds, “Meagan Good is a close family friend and when she came with her amazing video concept, I knew it was he perfect way to bring ‘1st Lady’ to life. She did an unbelievable job setting the tone and storyline. It has a lot of substance, yet it still keeps the look current. She’s an incredible talented person both in front and behind the camera. I know you’ll be seeing more of her directing soon.”

Billboard proclaims that, “This Grammy-Award winning songwriter has been able to establish a reputation for himself that has him working alongside the likes of Chris Brown, Ne-Yo, Tank and Justin Bieber to name a few.” VIBE comments, “Eric Bellinger is definitely a name you need to remember.” And The SOURCE declared, “R&B lovers, the wait is over.”

Born and raised in Compton, CA, Eric Bellinger has been making a name for himself in the R&B scene for over a decade, with sinfully smooth vocals and an affinity for soulful songwriting. “Over the course of the past two years, Bellinger has become a go-to-writer for R&B’s elite,” says Life+Times.