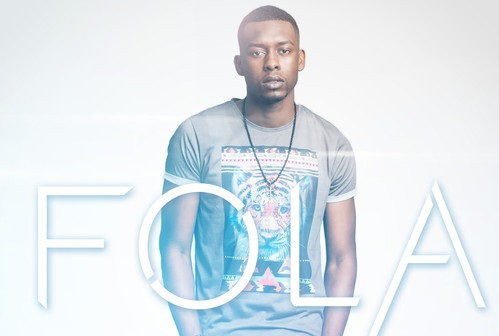 Emerging London singer-songwriter Fola is tapping into the very heart of classic 90’s R&B music for his brand new single “Comfortable”, giving a clear ode to the likes of Keith Sweat, Brandy, and SWV. A huge task in itself but with “Comfortable”, Fola excels in delivering a masterpiece for 2014 and creating a glorious piece of nostalgic music that will transport listeners back a couple of decades to the golden era of R&B.

From Fola’s penetrating vocal tones and leading man charisma, to the groovy bass line and nostalgic musical backdrop courtesy of Villi ‘Vbeats’ Mambu & Femi Vessel, to those lush backing vocals from newcomers Areatha Anderson and Ideh, everything about “Comfortable” oozes with brilliant musicianship and supreme confidence. The result is a smooth, sensual and captivating modern day R&B record, which hasn’t forgotten its roots.

Visually, director Michael Solotan runs with the theme of paying homage to the 90’s, to great effect. The “Comfortable” visuals are more than just a look back at the yesteryears of R&B music videos when they were indeed in their prime, it is a triumphant attempt at creating a modern day classic R&B visual. Whatever you are looking for in an R&B clip – charisma, choreography or sensuality? Fola’s “Comfortable” has in abundance.

Inspired by such greats as Michael Jackson, Boyz II Men and Brandy, Fola has been developing and honing his craft from an early age of 11. In 2007, he reached the boot camp stage on X-Factor UK and toured with Grammy Award winner Josh Groban, before releasing his first single “Star” in 2011 to rave reviews. A debut mixtape GO and acoustic project After Green soon followed, plus collaborations with the likes of J Warner (Tinie Tempah, JLS) and Maleek Berry (Ikes, Jermaine Riley).

Fast-forward to 2014 and the London native is gearing up to release his debut EP Promise Land, for which the glorious “Comfortable” serves as the lead single. Showcasing a more mature, smooth and sensual side, and venturing to further explore his R&B/Pop/Soul styled music, the Promise Land EP is poised to be Fola’s best work to date.