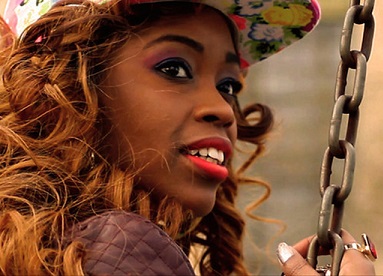 Class, creativity, and raw talent is what the 2012 Philly Hip Hop Award winner for “Best Female R&B Artist“ Suzann Christine offers her many fans and followers with the fun yet relatable R&B/Pop music she is known for. Within the past year, this singer/songwriter has been introduced to the airwaves and social networks, winning the hearts and ears of thousands within her hometown of Philadelphia and throughout the country. Opening for artist such as Raheem Devaughn, Ryan Leslie, and Philly’s own Musiq Soulchild, being chosen as one of the top 10 artist to make it in the Andre Harrell “2010 Superstar Soul Search” for Philly, launching the Philadelphia Phillies Official Playoff Anthem with Philly’s hit station Wired 96.5, being the Grand Prize winner of Citi Trends “The Big Break Talent Search” with her single Closed Casket, performing as a featured artist for BB Kings R&B spotlight, opening for Melanie Fiona, Wale, TI, Waka Flocka Flame and other notable artist at the popular RadioOne Fest; consistently releasing new music and gaining features on multiple websites/blogs and spins on popular radio stations such as Philly’s Hot 107.9…Suzann Christine has proven to her fans that she will provide nothing shy of greatness. Suzann Christine has built her following through collabs with local artists, YouTube covers with 30,000+ views and performances throughout Philadelphia, New York City, Baltimore, Miami and more. When this well-rounded artist is not performing and making new music, she’s giving back to her community through her performing arts nonprofit she founded in 2010, SCH Creative & Performing Arts, volunteer work and participation in charity events. Suzann Christine prides herself on having an “outside of the box” mentality when it comes to music and creativity, but still focusing on positivity while bringing back real music with a new age twist.