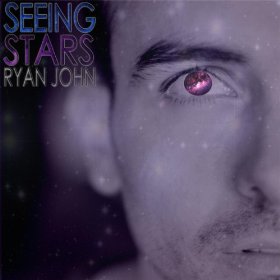 Versatility is what makes Ryan John stand apart from many other artists. His edgy, distinctive vocal compliments an intelligent writing style and effortless command of melody. His music fuses popular genres such as RnB, Soul, Pop and Hip Hop, creating a refreshing and captivating individual sound, whilst maintaining a calculated balance between credibility and commercial appeal.

Born into a musical family, Ryan’s early life was influenced by a multitude of artists and bands, such as Led Zeppelin, U2, Prince, Michael Jackson, Marvin Gaye, Stevie Wonder, The Eurythmics, George Michael, Boyz II Men, Queen and Sam Cooke. The variation and depth of music he absorbed as a child would serve to inspire and shape his future.

Ryan’s earliest breakthrough was ‘Prisoner’ a song inspired by domestic violence, a subject close to his heart. The track received huge positive attention and quickly raised awareness of his emergence as a songwriter and artist. As a result, he soon united with writer/producers Zay & D Entertainment, who began work with Ryan to create an exciting portfolio of new songs. The track ‘Stop Drop Roll’ was broadcast nationwide on Sky TV.

Ryan continued to focus on his work and with a growing library of songs behind him, decided it was finally time to focus on putting together his album/portfolio to announce himself to the world. Last year proved a ground breaking year for Ryan. ‘Overload’, ‘Until the time is right’, ‘Invisible’ and ‘Moving forward’, tracks written with Zay & D, received widespread critical acclaim.

As a performing artist, his ambition is relentless. As a songwriter, his gift is unique and as a professional he continues to strive for perfection in an imperfect World…