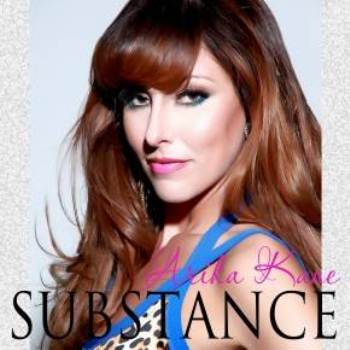 Pop/R&B sensation Arika Kane’s passionate music continues to strike a chord with fans. Today, the singer-songwriter is releasing the video for her latest single, “Waiting,” from her top-selling album, “Substance.” Watch the video here: http://youtu.be/eVKnu78NXU4.

“Waiting” is a poignant ballad about love, loss and longing. The video features a remorseful Arika painfully reminiscing about the way things used to be and the mistakes she made. She finds herself waiting for forgiveness, waiting for love to return.

“Arika Kane’s ability to lyrically express what women experience in life has quickly made her a fan favorite,” said BSE Recordings CEO Lou Humphrey. “She is an amazing talent with an insatiable drive to make great music. We are thrilled that she is a member of BSE’s family.”

“Substance,” Arika’s sophomore studio album, was released in April 2012. The powerful 14-track CD is a true collection of timeless music for the heart. From start to finish, songs like “Bcuz Ur Lonely” and “Be Ur Woman” demonstrate Arika’s ability to relate to and learn from life’s variable experiences. Yet, she stays true to her beliefs to inspire women and live life to the fullest.

Arika catapulted on the music scene with the platinum-selling single “Here With Me” from her 2010 self-titled debut album. The single landed on Billboard’s Hot Hip-Hop/R&B chart and garnered a placement on VH1’s “Love & Hip Hop.” VH1 continued to place Arika’s music on “Basketball Wives” and “Single Ladies” for two seasons. In June 2012 the network selected “Make It,” a song from her debut album, as the theme song for “Hollywood Exes.”

Earlier this year, Arika performed alongside superstars Frankie Beverly and Maze, Babyface and Charlie Wilson. She is currently gearing up to perform in select U.S. cities. “I love performing live and connecting with the audience,” she says. “It’s an indescribable feeling.”