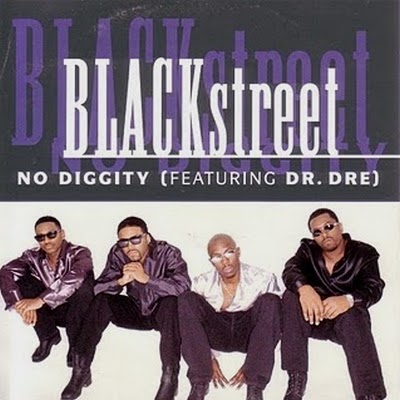 This week in 1996, “No Diggity” held the number four position on the Billboard R&B chart.  Producers Teddy Riley and William “Skylz” Stewart used a sample of Bill Wither’s 1971 R&B classic, “Grandma’s Hands,” as the foundation for this Blackstreet chart topper.  With its catchy chorus and infectious toe-tapping beat, the song peaked at number one on the R&B chart in October of 1996 and held the number one spot for four consecutive weeks.  Perhaps even more impressive, “No Diggity” reached number one on the Billboard Hot 100, making it the group’s biggest hit to date.  The song garnered a Grammy Award for Best R&B Performance by a Duo or Group and went on to sell over one million copies.  Blackstreet hasn’t released a studio album since 2003, but it’s been rumored that some of the members are back together working on new music.