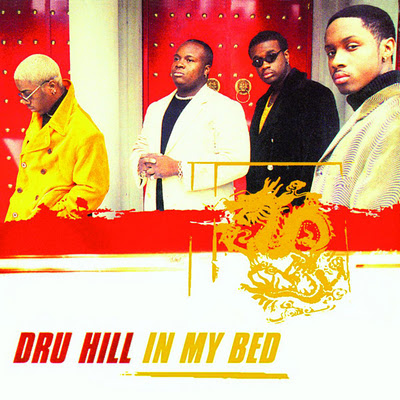 This week in 1997, Dru Hill’s platinum selling single, “In My Bed,” reached number five on the Billboard R&B chart.  The song spent an astounding sixty three weeks on the R&B chart, where it eventually peaked at number one.  The shocking ending to the single’s music video  probably helped to promote the song even further.  Dru Hill expanded the success of “In My Bed” with a remix featuring Jermaine Dupri and Da Brat.