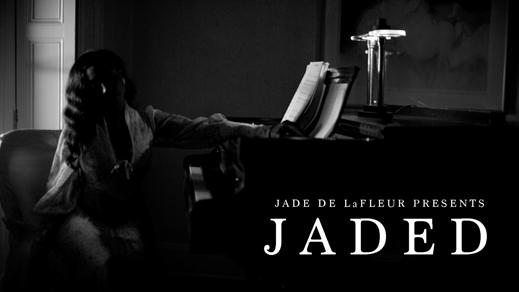 Continuing her unplugged video series, Jade de LaFleur performs her sensual, reggae flavored track “Brown Box” live. “Brown Box” was written by Corey Chorus as well as Jade herself that embodies female empowerment while celebrating the beauty of sexuality or as LaFleur would say her “itty bitty brown box”. The burgeoning songstress who was recently named by Centric as one of “14 R&B Artists You Need To Know In 2014” along with such names as Jhene Aiko, Kelela and Sampha will release her debut EP, Jaded on January 21st.