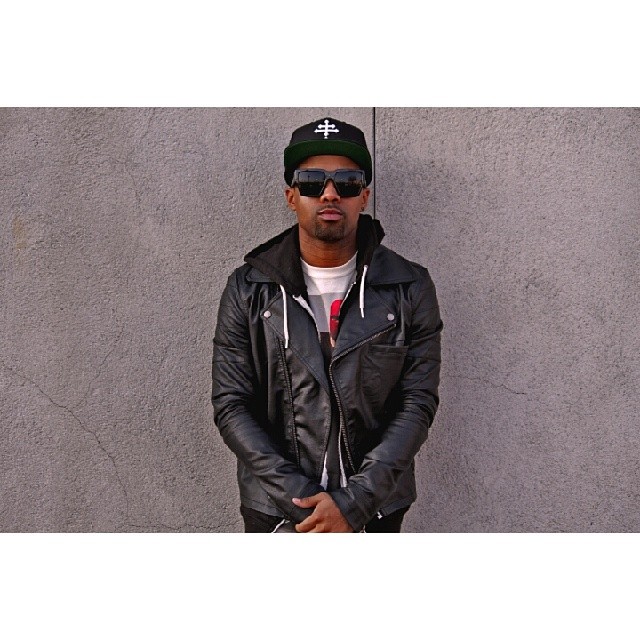 In a world where executives make copy-cat decisions, a new wind blows. Through a voice, an emotion, a sound that moves hearts and people begin to once again dream.

New Jersey native, Lenny Harold, already has many accomplishments under his old moniker “Chanj”. He’s the final winner of the late-night TV Talent Show; Amateur Night At The Apollo (2008), sang tribute to Patti Labelle, Smokey Robinson, and Berry Gordy and performed for the Apollo Theatre’s 75th Anniversary. He’s worked with greats such as Teddy Riley, Dre and Vidal, Mike City and Marsha Ambrosius. He’s toured from North America to Europe, been a special musical guest for various political events, performed for the troops in 2009, received numerous achievement awards for his volunteer work in his home town, and also, received the key to the city of Newark, NJ.

After some signing failures, a new direction and a new name, Lenny Harold released his first album, “The Journal of Wonders: Tale of the Phoenix in the Moon Labyrinth” on March 22, 2011. Backed by KP Entertainment, BlackBelt Music Group and his own company Drink Up The Music, Inc his musical expression truly began with a sound he coined “Hybrid Soul.” With its unique production by Cass Maya, Taylor Ryan and Solomon Cortes of WMC Productions, this carefully crafted combination of gentility and edge, has already made a lasting impression on listeners.

As Lenny branched into his new sound and name, he found himself, numerous times, on the acclaimed Highline Ballroom stage in New York City, he also performed for the CMJ Music Festival, Eclectic Ride Music Festival with Urbanworld, was added to the BET Music Matters campaign and featured on “Shuffle” a compilation album for VH1 Save The Music.

On the verge of the release of his “Episodes of Love – EP”, he received a call from Chauncey Black, of Blackstreet, asking him to be a part of the reforming of Blackstreet. After a few conversations with Chauncey and Teddy Riley, Lenny humbly agreed to join the brand.

Now with grander stages, crazy studio sessions, hardcore rehearsals and the up and coming release of new music from this revised Blackstreet (#BS2), Lenny embraces this new chapter in his musical journey. As we wait for that musical movement Lenny continued his musical story telling with the release of the EP “Yesterday Morning” on October 22, 2013. This musical adventure details the story behind Waiting On Yesterday, a song found on his first album.

“I’ve always set the goal for myself of being a true legend. Music that moves, creates, brings forth and sets free nothing but goodness and inspiration. I want to be able to open doors for someone else with a dream, that is, often misunderstood by executives and let them know to keep pushing forth, do it yourself and MAKE others believe. I’m so excited to be working alongside Teddy Riley. Just in one session you can learn so much. I’m glad he believes in my talent and sees a much bigger vision than what I see for myself. It’s a blessing to be accepted by such an inspiration.” proclaims the singer/songwriter.

Without a doubt the movement continues.