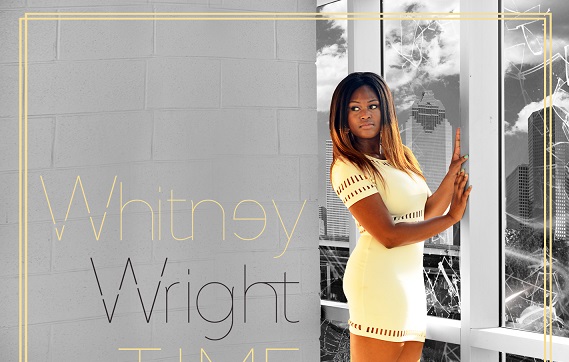 Check out new music from Whitney Wright. Whitney has just finished recording her debut EP which was produced by Grammy Nominated producer Andrew “Druski” Scott. Whitney has been generating some buzz in the city with her first single “Half on a Heart.” The second single off the EP is entitled “Time Bomb” where Whitney is reppin’ her hometown Houston! “Time Bomb” is definitely a female anthem letting it be known that Whitney Wright is not to be played with.

Whitney possesses an emotive, awe-inspiring voice that is packed with a power strong enough to brighten our entire world. Taking influences from Adele, Christina Aguilera, and Rihanna, Whitney displays an impressive voice that blends R&B, Pop, and Soul music together. Her message is that everyone is the star of their own show, and nothing is impossible for a star. She hopes to be a positive example for people, inspiring and motivating others to step up and take hold of their dreams no matter the obstacles. With a crisp and clean sound, and a desire to be a role model, Whitney is focused on the necessary strides to have longevity and relevance to an ever-evolving music industry.