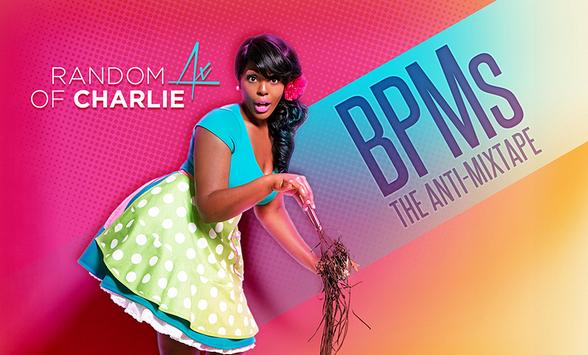 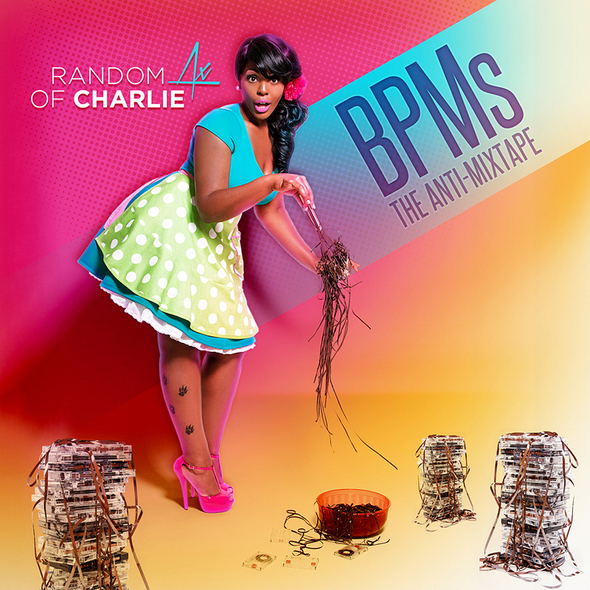 “Over the years I have gone through many phases creatively, but I never lost sight of myself as the little girl with the hairbrush singing in the mirror,” expresses Charlie Vox, singer/songwriter and lead vocalist of band, Random Ax Of Charlie. Under the moniker C. Gilliam she has sold over 8 million records collectively worldwide. You’ve heard her songs, but not her singing. International hits she’s co-written for Rihanna (“Final Goodbye,” A Girl Like Me, 2006), Melanie Fiona (“Monday Morning,” The Bridge, 2009), Japanese superstars Kumi Koda, Naime Amuro, and Crystal Kay have peaked at #1 and charted in the Top 5 on the International Billboard Charts. As part of the songwriting team, The Conglomerate, Charlie has churned out hits alongside top producers: Stargate (Ne-Yo, Shakira), Kosine of “The Interns” (Nicki Minaj, Big Sean) and Steve McKie (Jill Scott, Estelle).

After spending much of 2012 touring as a background vocalist for Estelle on the BET Music Matters Tour, Charlie felt the urge to perform her own songs. The world will finally get to hear “the voice” behind these great songs on her forthcoming teaser project, BPMs (The Anti-Mixtape), that can be heard on her Soundcloud page. “I saw a reflection of myself as that little girl and it struck me how close I was to fulfilling her dreams. Over the years I have gone through many phases creatively, but I never lost sight of my childhood dreams. I decided to release this collection of music for FREE to create awareness around the official self titled debut, Random Ax Of Charlie, which I’m recording right now with my band. What you’ll hear in my music is a collection of songs about happiness, hurt, triumph, and disappointment that have happened in my life and most likely yours as well. Every BEAT PER MINUTE (BPM) I’m reminded that there are stories to tell; this music is only the preface.”

In her EPK which features performance clips with her band, Charlie describes her sound as an amalgamation of all sorts of genres – Pop, R&B, Jazz, Gospel, Hip-Hop – adding that “even though it feels like a ‘random’ collection, the thing that ties it all together is Soul.” She adds, “My team at Twelve13 Music and I were on a conference call looking for a way to describe my music. We came up with the term ‘Retro Nouveau’ and immediately it clicked. Once we identified the style, I started having all sorts of ideas about imagery and we actually had to do a new photoshoot, which represents the new direction. I’ve hear this ‘retro nouveau’ sound in my contemporaries like Bruno Mars, Raphael Saddiq, Amy Winehouse, Lauryn Hill, Adele, John Legend, Robin Thicke, Joss Stone, OutKast, D’Angelo, Maxwell, Janelle Monáe, and Melanie Fiona. Finally there is a way describe artist like myself, whose music defies genres, time, and crosses into international terrains.”

On BPMs Charlie revisits her original tunes: “Monday Morning” recorded by Melanie Fiona’s for her The Bridge album (2009) and “Final Goodbye,” recorded by Rihanna’s for her sophomore album, Girl Like Me sophomore album (2006). “Both songs were written out of frustration,” expresses Charlie. “I was in between publishing deals, frustrated, and just wanted to get away. I didn’t even want to write songs or record anymore. I was resistant to music because there’s so much emotion wrapped up in being an artist. I just wanted to disappear, go to school, get a job and do the 9-5 thing. But my artist friends just wouldn’t let me be. Some producers who were working on Melanie Fiona’s album invited me to the studio. During the session I was so over it and wrote this song about a girl from a small town bursting with big dreams aching to leave. On the song she warns her boyfriend that she’s leaving on Monday Morning with or without him. After the song was created, they decided to pitch it to Melanie. Ironically it was actually one of her biggest overseas hit peaking at #1 in a few countries like Sweden, Switzerland, Poland, and Hungary.”

“When I wrote “Final Goodbye” which was selected for Rihanna’s album, I was still in that same space. To encourage me, my writing partner, Curtis Richardson, sent me to a writing camp in Toronto. While there I’m recording a song and heard a guitar player was playing a lick in the background that felt so angelic. The music somehow took me to that dramatic death scene in Romeo and Juliet where Romeo was dying and Juliet is cradling his head. I pulled myself musically into that little moment between them, their final goodbye. I returned home recharged, writing so many songs, shopping for a record deal because I really wanted people to hear my music performed by me, but along the way I was also writing and producing for other artist. There was this one singer from Toronto that we were developing and we shopped her music to Def Jam. They loved the song, but not the girl, and that’s how I got my first gig writing for Rihanna.”

BPMs (The Anti-Mixtape) features a very special and unexpected interpretation of “Will You Still Love Me,” originally by The Shirrelles. It was Roberta Flack’s version that inspired Charlie’s rendition. “When I was younger, my mother used to play The Best Of Roberta Flack. It is such a classic song that I wanted to record it, but with a new twist that doesn’t take away from the original version.”

The next 3 songs “You Should Let Me Love You,” “Start To Finish” and “Sorry I” featuring Brooklyn emcee, 20 Grand Pikaso and have a common theme, unrequited love. The summer sizzler of BPM’s is “Try Again,” a song that will take you back to summers in the early ‘90’. Immediately you recognize Biggie’s “Get Money,” but Charlie offers that the original sample comes from Sylvia Stripland “Can’t Turn Me Away.” “I wrote “Try Again” in Toronto with my writing partner Curtis Richardson (Jennifer Lopez, “All I Have”) Jeremy Ruzumna (Macy Gray, “I Try”) and Kevin “K-Cut” McKenzie (Madonna, “Human Nature”). The lyrics came from a conversation about how music used to make us feel. It brought us back to summers in the ‘90s, which I consider the Bad Boy Music Era when music was very alive and young and old, were united musically. I feel an urge to pay homage to ‘90’s culture and the music that came from the innovators before me. These were the songs our parents remembered sampled in a way that for us that was so new. Like me, it’s RETRO NOUVEAU, throw-back swag with a modern twist.” #retronouveau

1.”You Should Let Me Love You”
Produced By D-Moët for E.M.F Studios/The Conglomerate

3.”Sorry I” ft. 20 Grand Pikaso
Produced By Eliot Leigh/Charlie Vox for The Conglomerate

4.”Girl Bye”
Produced By The Conglomerate

5.Start To Finish
Produced By Fred Rosser/Charlie Vox For The Conglomerate

6.Longer
Produced By Fred Rosser/Charlie Vox for The Conglomerate

7.Will You Still Love Me
Produced By D-Moët for E.M.F Studios/Charlie Vox For The Conglomerate