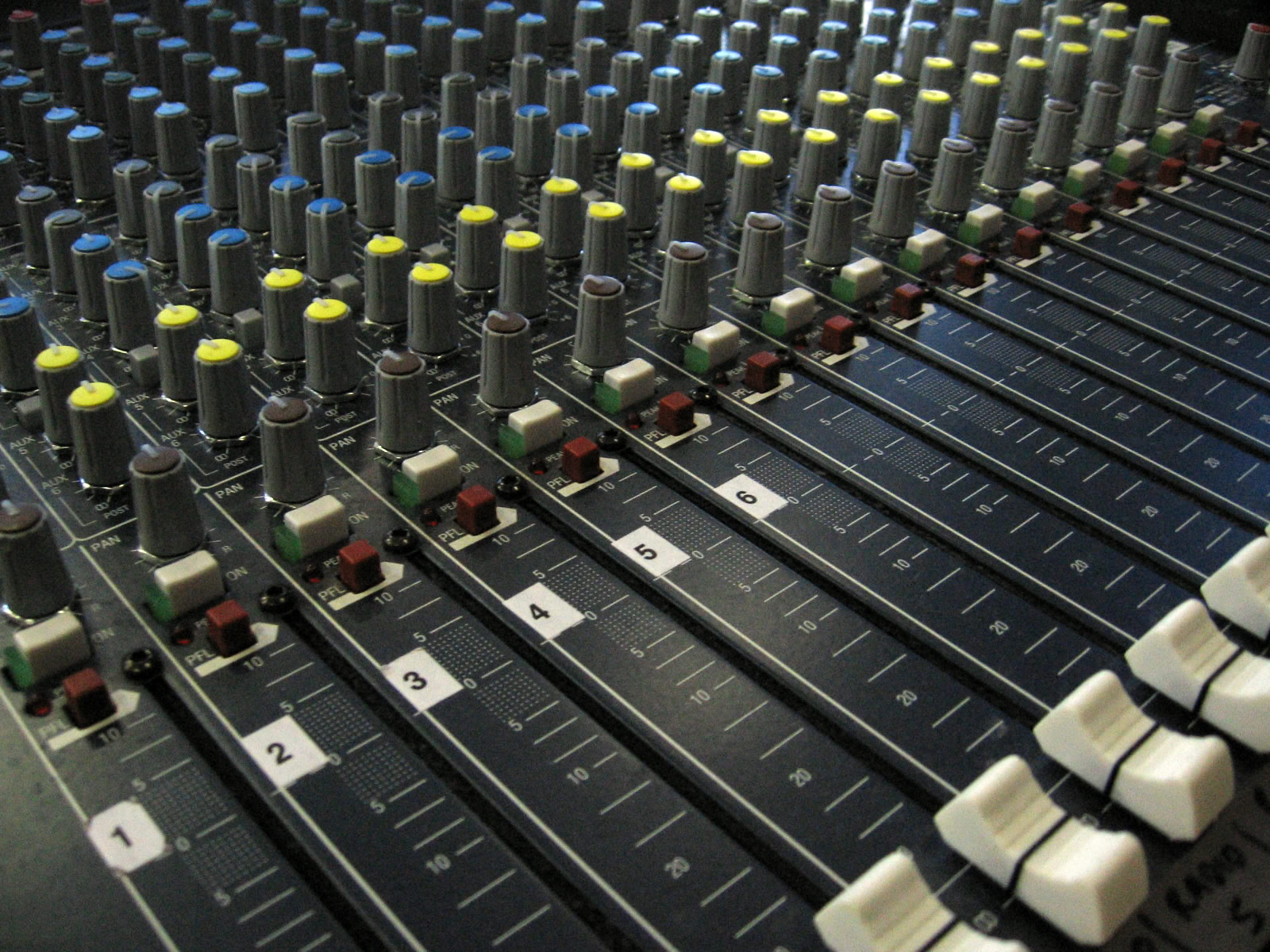 Michael Jackson, Beyoncé, Chris Brown and Mary J. Blige.  What do they all have in common; aside from the fact that they’ve had successful recording careers?  Each one of them have had hits that contain music samples.  Although hip-hop was one of the first popular genres to experiment with music sampling, sampling has become prevalent in several musical genres.  YouKnowIGotSoul had an opportunity to speak with Deborah Mannis-Gardner, president of DMG Music Clearances, Inc., to find out what’s involved in clearing a music sample.

Clearing music samples can be a tricky and tedious process, making it a job best suited for a professional.  With over twenty years of experience in the music industry, Deborah explains how she got started as a clearance agent. “There wasn’t really a presence of people doing clearances and it was something that interested me.  I was one of the early ones on the East Coast that stepped into it.  There were no rules.  There were no regulations to it.”  What started out as an experimental technique, quickly became a new art form. Deborah describes how the rules of the clearance game changed as hip-hop producers began to sample more frequently and the genre became more popular.  “Twenty years ago, they didn’t think hip-hop or rap music was going to be around very long.  They thought it was a phase music.  So, we were actually able to do sample clearance deals where we could get James Brown for $500 buyouts.  They were like, “This music’s not going to be around.  Do it as a buyout.  This isn’t going to last very long.”  Now, it’s a huge business.”

Since music sampling is indeed a money making business, it’s important that all of the appropriate parties are compensated.  Generally, in clearing a music sample you need approval from the publisher (who represents the songwriter or composer) and the owner of the master recording (usually the record label of the artist being sampled.)  As you can imagine, tracking down various copyright holders can be difficult.  This is where a professional like Deborah comes into play.  Deborah offers some insight into the process of clearing a music sample.  First, Deborah has her client fill out a sample form so that everything can be documented.  She then consults with her client to determine how the sample is used.  “Is it publishing usage only?  Did you replay it, re-sing it?  Or, is their master usage, where you lift the original recording?”  She adds, “We then research the copyright and then formally contact the copyright holders in writing.  Then we begin the negotiations on our client’s behalf.  We start negotiating what kind of financial compensation the copyright holders are seeking and what would be acceptable to both the sampled copyright holder as well as to our client.”

The copyright holders want to hear the new recording, which allows them to see how the original recording was used.  This in turn helps the copyright holders decide how much they will charge.  When asked if the fees charged are determined based upon the success of the sampled copyright holder, Deborah takes a strong stance.  “ I don’t ever allow that.  It’s my opinion that the fees should be based on the use.  Not whose song it is and who’s using the song.  A bass line should have a value based on a bass line versus a snare hit on a drum. Or, a vocal use that only appears one time and not who sings that one piece of that vocal line.  I feel pretty strongly about that and I’ll argue that many, many times.”  Deborah went on to say,  “Who are we to say that one artist has a greater value than another, because they sold more units at one time?  Why should you diminish or devalue someone elses art that they created?  That wouldn’t be fair or right.”

While sampling can be pricey, Deborah also had some advice for those using samples on their free mixtapes.  Contrary to some opinions regarding the use of samples in free music, Deborah advises, “A sample always needs to be cleared!  Let’s say you’re an artist that wasn’t signed and you’ve got a mixtape with all these samples on it.  A year later, you’re putting out your product and clearing your samples legitimately and publishers and record companies are going, “Oh, by the way, you still need to pay me for that mixtape that you had all those samples on that you didn’t clear that were mine.”  That’s the thing about the mixtapes.  You have to be prepared for the repercussions of not clearing it.  It could bite you in the butt.”

Since sampling can be expensive, budget is one of the key factors Deborah considers when dealing with her clients.  “If it’s a large artist that has the budget, I’m not going to try and talk them out of it.  They’re just going to come to me and say, “let’s use the sample Deborah.  We need to clear it.”  If it is someone who comes to me and says, “you know what, I don’t have a lot of money.  This is what I’ve done.”  Then I’m going to say, “can you replay it?”  According to Deborah, replaying the sample (as opposed to lifting it directly from the master recording) can eliminate two-thirds of the cost by not having to pay for the master use.  This may be a viable option for independent artists who lack the financial backing of a major record label.

Before exploring the alternative of replaying the sample, it’s critical that you have approval from the publisher.  Deborah explains what can happen if both parties aren’t on board with approving the sample. “If you come into a situation where the publisher approves it and the record company doesn’t, you at least have the option of replaying the sample, and you can still then proceed because then, you just have a publishing issue.  On the contrary, “if you come across a situation where the master is approved, but the publishing is denied, there’s nothing you can do and the sample cannot be used, and that’s the end of the situation.”

While some artists don’t allow their music to be sampled, Deborah feels that music sampling has helped to revive the careers of artists like James Brown, Parliament and the Funkadelic and Syl Johnson (father of R&B singer Syleena Johnson).  I recently wondered how many people discovered Otis Redding’s recordings after the Kanye West and Jay-Z collaboration, “Otis.”  Ironically, Kanye West is one of the producers who has been criticized by some for his use of sampling.  When asked whether or not she agrees with critics who say sampling lacks creativity, Deborah said, “I completely disagree!  It’s the opposite of lacking creativity.  It shows creativity.  Deborah adds, “sampling is a form of art!  How many producers were taking portions of a pre-existing copyright and maybe changing the beat or changing the way it was originally used and incorporating completely different and new songs that have a whole different value or element to it.  How is that not an art?  How is that not a skill?”

Another producer who took a lot of heat for his heavy use of sampling during the 1990’s was Sean Combs (P. Diddy).  Deborah has been clearing samples for Combs since his intern days.  When asked about working with Combs, Deborah explains, “I’ve been working with him for a long time.  He was using heavy samples with those big chunks of usage as a producer.  But he did it in such a way that it worked.  His style and technique worked. Everyone jumped all over him and gave him a really hard time, but what he did worked.”  Deborah went on to say, “I think sampling is like a form of seasoning something.  Like when you make gumbo.  Gumbo is a style of food where you’re mixing all these different kinds of meats and flavors to create something new. It’s a great talent.  It’s a different form of production.  And I have a lot of respect for these producers who are able to take these elements and just create something completely new with it.”

Taking something old and transforming it into something new is indeed a talent that not everyone can master.  It’s clear that Deborah has a great respect for those who use sampling in this way.  In fact, Deborah expressed her excitement over recently working with one of R&B and Hip-Hop’s most innovative producers.  “I’m working on Timbaland’s new album and I think his stuff is going to be really cool.  There was like this dry spell and he’s doing something really cool now that’s just fantastic!”

Music sampling has been a popular production technique since its experimental beginnings in the 1960’s and 70’s. When asked about the future of sampling, Deborah explains,  “I don’t think it’s going to go away.  I think it’s going to keep going on.  If it ever does end, I think it’ll be a very sad thing; the way it weaves into taking the old into the new and creating something different.  So I hope that sampling never goes away.  And I don’t mean that on a financial level, but on a creative and artistic level.”  Deborah adds, “People question me every year, “do you think there’s less sampling going on?  Do you think it will ever go away?”  It’s an art form.  I don’t think it will ever stop.  I don’t think it will ever go away.  I think it pays homage to other people’s pre-existing copyright.”

With some of today’s most popular recording artists sampling, it certainly sounds like music sampling is more than just a phase.  Sampling may not be cheap, but its impact can be priceless.  Not only are artists and labels benefiting, but music listeners get to discover art they may have otherwise been unaware of.  Grab one of your favorite cd’s and read the album credits.  If a song “contains a sample of” another recording, download the original song and discover something new!