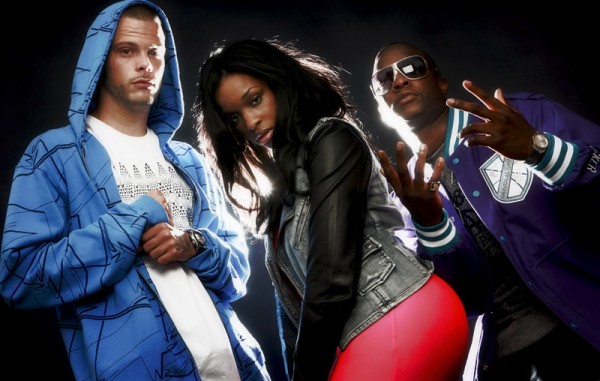 New Jersey based group, Trillogy; Trillogy (@Trillogy_SMG) released their latest music video “Stay,” the second visual from the “Live At Stadium Red” EP which is due in April. “Stay” was composed by Australian producer Alex “JL” Hiew. Directed by Itchy House Films, “Stay” stands in stark contrast to many artists’ current music videos, which normally depict light subject matter such as partying and women. “Stay” is a chillingly powerful video that helps shed light on dark subject matter. The video tells a story of each member’s dealings with their significant other.

Following in the footsteps of the Fugees and The Black Eyed Peas, emerges the New Jersey, based hot new music group, Trillogy! Comprised of three multi-talented individuals, OxPro, Kira Bishop and Jay-Will. Trillogy is becoming a force to be reckoned with. KarmaLooprecognizes the trio as Ikons in 2012, the group has also been referred to as a voltron and powerful upcoming music force by social media mogul,Karen Civil. Trillogy’s style combines pop friendly music with a Hip Hop undertone, infused with an R&B soulfulness that coats over clever, rhythmic wordplay. The group has a crossover appeal, enough to bring their sound to a wider market. The trio’s music has been featured on popular TV shows like Keeping Up with the Kardashians, Kourtney and Kim Take New York, Kloe and Lamar, Bad Girls Club, Washington Heights, Real World and many others.