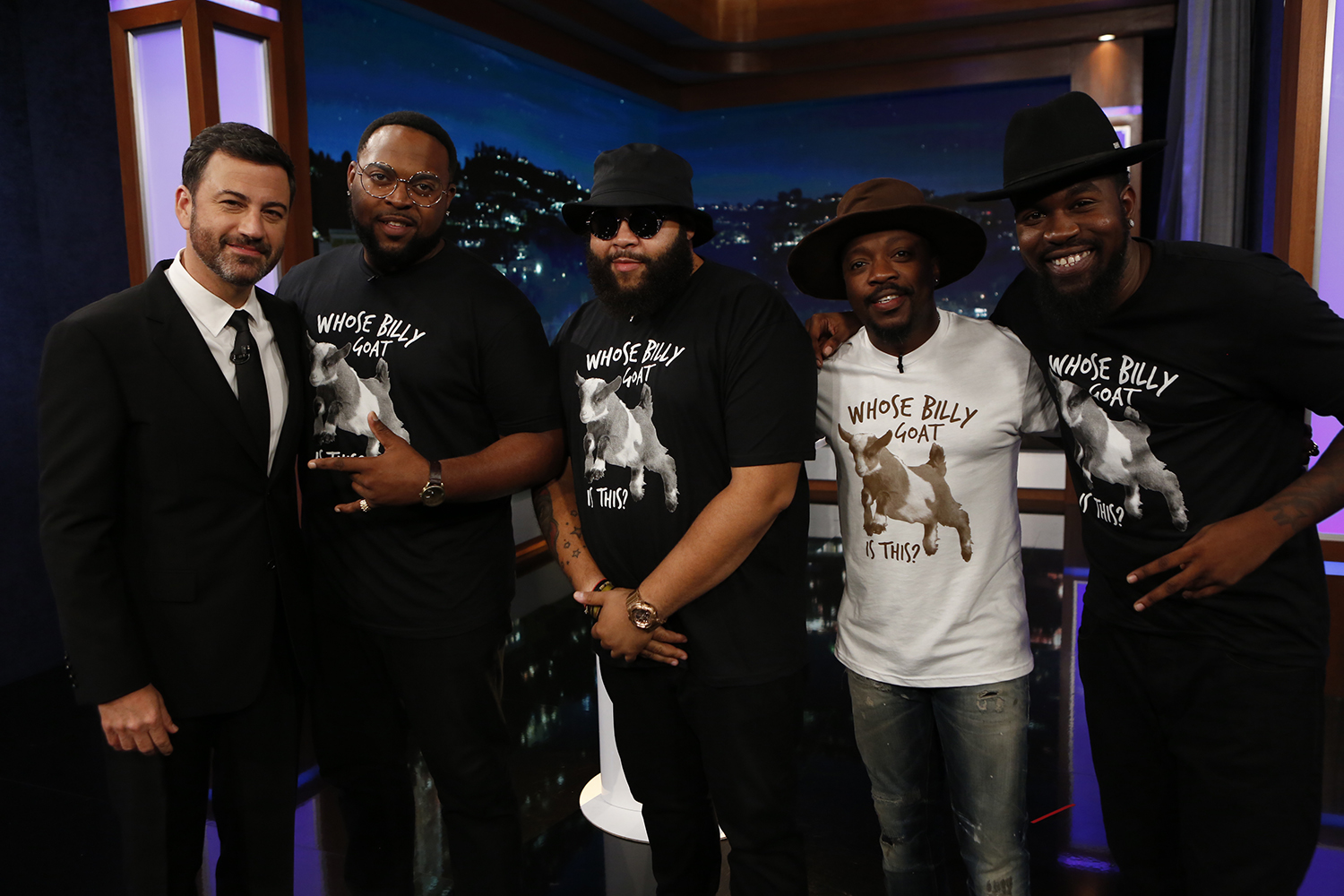 Last night, Grammy Award winning singer Anthony Hamilton and his background singers The HamilTones appeared on Jimmy Kimmel Live! for a hilarious rendition of their viral YouTube video “Whose Billy Goat Is This.”

The host, Jimmy Kimmel, took Hamilton and The HamilTones to each table to sing to the unknown animals. The guys soulfully serenaded a rabbit, armadillo, hedgehog, bearded dragon, and a baby chick, which hilariously jumped off the table while they were singing. For some time now, Anthony and The HamilTones have been making headlines for their viral videos covering songs like “Watch Out Lil B****h” by 2 Chainz, “Hotline Bling” from Drake, and poking fun at the argument between Birdman “Baby” and the Power 105.1’s Breakfast Club with “Put Some Respeck On It.”

The HamilTones also appeared on Anthony Hamilton’s fifth studio album What I’m Feelin’, which features his #1 single “Amen,” released this spring on RCA Records. With a career spanning more than 20 years, Anthony Hamilton has
performed for President Barack Obama at the Smithsonian Salutes Ray Charles: In Performance at the White House and on the daytime talk show The Real, as well as appeared on The Nightly Show with Larry Wilmore. He recently took the stage for BBC 1xtra Live Lounge in the UK and the Netherlands. On September 1st, the singer will be performing on BET’s 365Black Awards. Anthony and The HamilTones will continue performing together this fall with a tour starting in October.