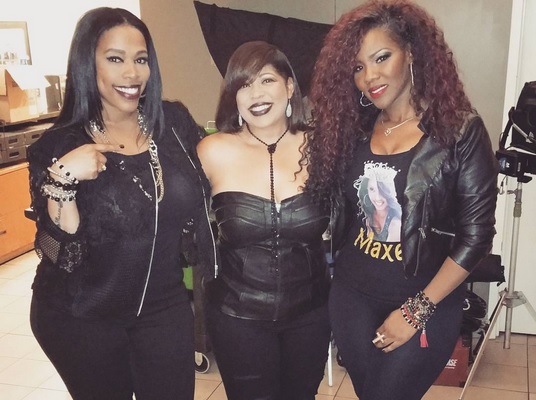 Generations collided last night as emerging r&b star Tory Lanez brought out rnb group Brownstone to perform his single “Say It” with him live on Jimmy Kimmel. The night was especially monumental because Brownstone hadn’t performed together in 20 years since they disbanded in the 90’s. The connection makes sense because Lanez sampled one of Brownstone’s biggest hits “If You Love Me” on the chorus of his breakout single.

In addition, Brownstone member Teisha Brown was wearing a shirt in honor of their fallen group mate Charmayne “Maxee” Maxwell who passed away almost a year ago in 2015. Also on hand as part of the reunion was original member Nicci Gilbert who many recently saw star in the first season of R&B Divas.

There is currently no further news if Brownstone plans to expand the reunion. Their second and last album “Still Climbing” released in 1997 and they haven’t been active since. The group originally signed to Michael Jackson’s MJJ Music record label, and had the platinum album “From the Bottom Up” in 1995.