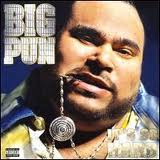 “It’s So Hard” was the first single off of Pun’s second album “Yeeeah Baby” and the first after his death. All the stars showed up in the video to pay tribute to this legend, and it just goes to show how respected he was around the industry. I can’t believe it’s been nearly 10 years since he’s been gone, R.I.P. Pun.