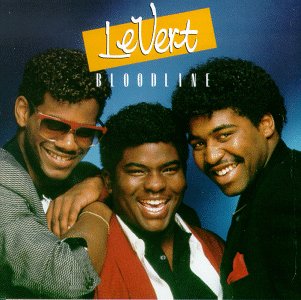 Originally formed by Sean Levert, his older brother Gerald Levert, and close friend Marc Gordon; the group “LeVert” rode the 80’s and early 90’s with a string of Platinum hits like today’s Classic Vibe Pick “(Pop, Pop, Pop, Pop) Goes My Mind.” After success with his family group, Gerald took the 90’s by storm with his solo career and gave us amazing records such as; “Private Line,” “Baby Hold On to Me (Duet with Eddie Levert)” and “School Me” (just to name a few). Gerald went on to sell millions of records with 11 successful solo albums and became a frequent collaborator in the R&B circle as an artist, writer, and producer. Unfortunately, On November 10, 2006 Gerald passed away due to an accidental overdose of over-the-counter prescription drugs. His younger brother Sean had a similar fate as he passed away on March 30, 2008 due to complications from Sarcoidosis. The group “LeVert” is still active with original member Marc Gordon and new member Blaq Rose. We lost two legends in the game with the death of the Levert Brothers. RIP Sean and Gerald “Teddy Bear” Levert. We miss you Big G!!