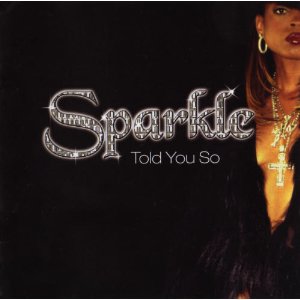 Better known for her duet with R. Kelly on the song “Be Careful,” Sparkle hit the limelight during the late 90’s with her Self-Titled debut album “Sparkle.” The album went Platinum and Sparkle had created a really good buzz as the next up and coming Diva in R&B. When it came to record her second album; Sparkle began to have creative differences with producer/songwriter R. Kelly. The duo ended up going their separate ways. Sparkle released her sophomore album “Told You So” in 2000 but did not achieve the same commercial success as her debut album. With rumors of a new album in the works; Sparkle is back at it again. Here she is with one of the singles off her sophomore album “It’s A Fact.” Make sure you follow her @iSparklei on Twitter.