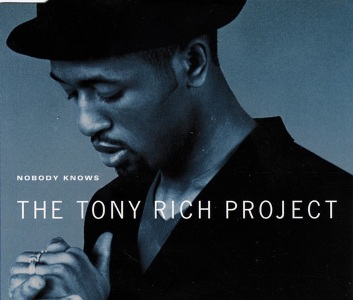 If you spoke to the casual fan of r&b, they would probably consider Tony Rich a one hit wonder for his song “Nobody Knows It But Me” and how could you blame them. Although he won a Grammy award for his debut album “Words” in 1996, he failed to reach anything close to the commercial success he did with this smash which peaked at number two on the Billboard 200. Interesting fact about Tony Rich is he was originally discovered by production duo Tim & Bob who led to his signing at LaFace Records.