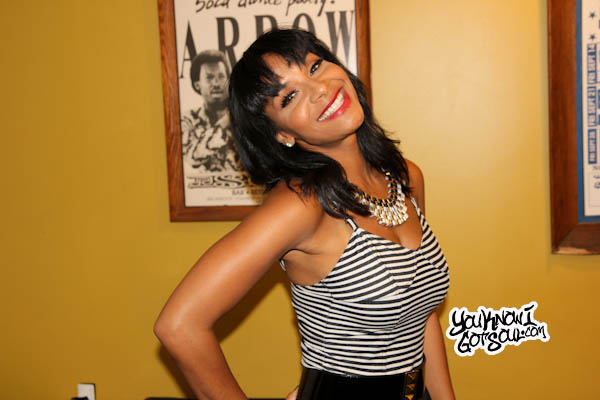 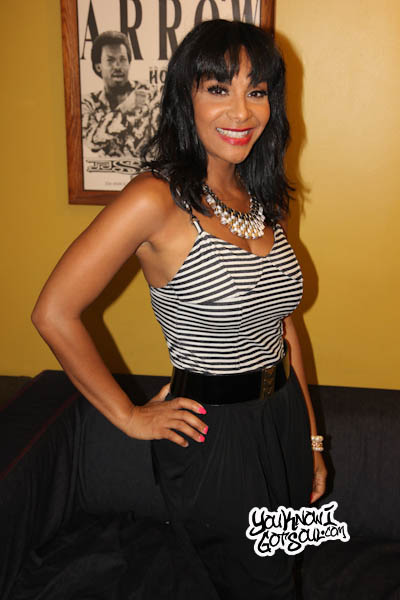 Cognac & Conversation’s first single is “All I Ever Wanted” featuring Rick Ross. “It’s inspired by society’s devaluing of love and goodness and praise of money and power,” shares Teedra Moses. “I have always felt like ‘give me your love and I can make my own money.’ Working with Rick Ross has been a wonderful blessing. He appreciates my talent and believes in it. The process of collaborating with him is always very easy.” Teedra’s longstanding relationship with Rick Ross has resulted in a number of fruitful collaborations. She appears on Ross’ CDs Hood Billionaire, Mastermind (on the song “Nobody” featuring Diddy and French Montana and God Forgives I Don’t (on the track “Amsterdam”). She also co-wrote three songs on the 2011 compilation SelfMade. Moses also nabbed the crown as “BMI Songwriter Of The Year” for two consecutive years.

“Cognac & Conversation is music that’s meant to be light-hearted at times while deep in other moments,” explains Teedra. “It’s meant to be comforting and relatable but at the same time thought provoking and inspiring. The conversation and vibe could bewith yourself, the home girls, or your lover.” The New Orleans born and Los Angeles raised Teedra Moses grew up in a musical home where her mother, Shirley Moses, was a gospel singer. Known for her flair for fashion, Teedra worked in the fashion world prior to launching her music career. Early on she worked alongside her best friend, Nonja McKenzie, as an assistant wardrobe stylist for artists such as Will Smith, Kelis, R. Kelly, and No Doubt. Never once approaching any of the clients, it wasn’t until after the death of her mother that Moses decided to follow her heart and begin making music. In 2002 she joined forces with producer, Paul Poli and signed with TVT Records and released her recording debut Complex Simplicity two years later featuring the songs “Be Your Girl,” “Backstroke” and “Take Me” featuring Raphael Saadiq. The same year she also co-wrote two songs for Saadiq’s album Ray Ray (“Chic” and “I Want You Back”). Her songs have been showcased in the Logo series Noah’s Arc, HBO’s Entourage and the films Never Die Alone, Beauty Shop, Be Cool and The Skinny.