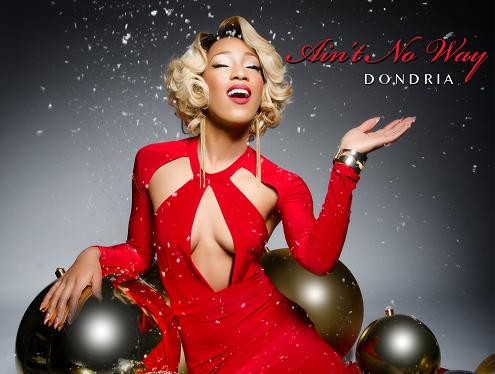 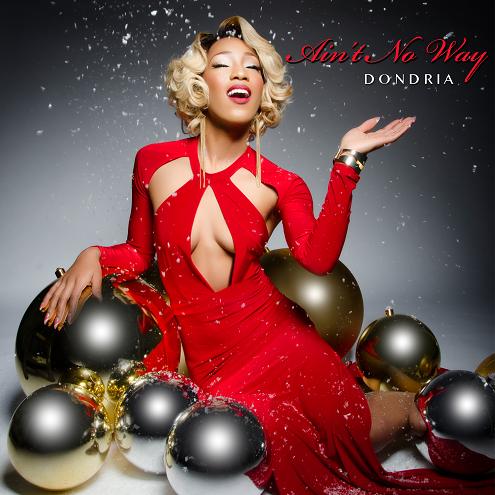 So So Def signee and YouTube phenom Dondria released the sultry holiday anthem “Ain’t No Way” today just in time for Christmas. The tantalizing ballad is available for free download via Soundcloud here: https://soundcloud.com/dondria/aint-no-way/s-JfYuk.

Written and produced by Tiyon “TC” Mack (Justin Bieber, Tamar Braxton) and Clint Productions, the emotional narrative describes Dondria’s need to be with her true love during the holidays. She braves the array of Christmas music this holiday with a strong vocal and a new confidence all in the name of love.

“I’ve never recorded a Christmas song before and I didn’t want to be cliché,” said Dondria. “I wanted to give something to my fans they could relate to this Christmas. I’ve never recorded anything as heart-felt as this. When I heard it for the first time, I was in love.”

“Dondria and I have talked a lot about collaborating and I feel that she’s one of the best young voices in the industry,” confessed TC. “I love taking that amazingness and pushing it to the max! I felt people needed to really hear what she’s capable of and I know everybody’s been waiting for something new from her.” He continued: “She’s an amazing vocalist so it was nothing but fun producing this record for her.”

After the release of “Ain’t No Way,” Dondria will release a dynamic visual expressing just why she won’t have a great holiday without her special someone. Due out on Wednesday, Dec. 18, 2013, fans will see the R&B jewel in a more mature light.

Following her holiday roll out, Dondria will release her new single in the first quarter of 2014. Preparing for a transformation in sound and appearance – she’s coming to dominate.