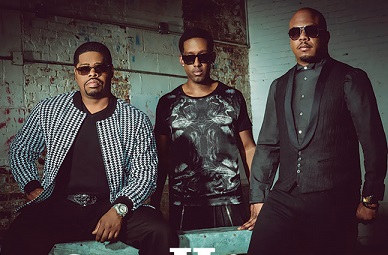 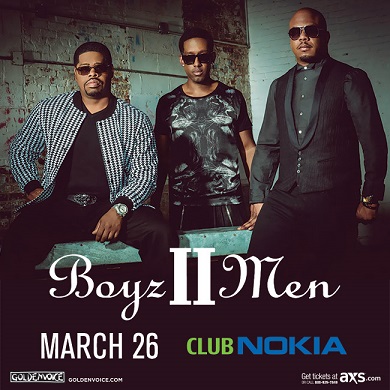 Boyz II Men will be performing at Club Nokia in L.A. on 3/26 and we’ve got your chance to win a pair of tickets! After releasing their last album “Collide” in late 2014, the legendary group has been touring in support of the project as well as performing their timeless hits. To win the tickets, simply give us a ReTweet or Facebook Share, and be sure to let us know you did so we can have you entered!

Tickets are Available for Purchase Here