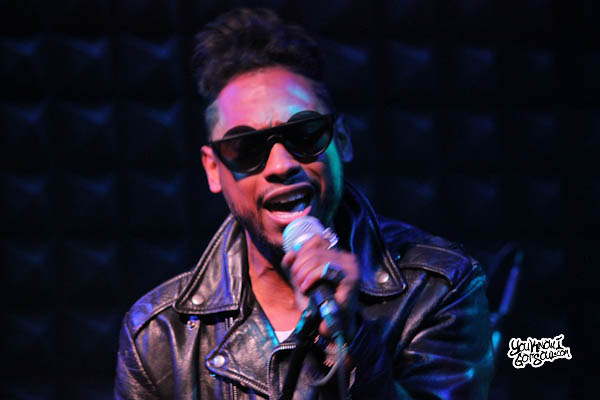 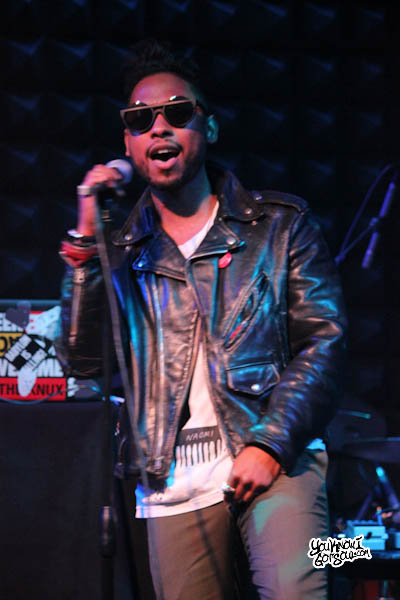 There is no denying the artistic and unique abilities of Miguel. Known as a singer who has a fresh style and is constantly keeping his sound fresh and new, he’s merely expressing himself through this art form by being real with himself. In a time when many complaints about what’s played on the radio center around everything sounding the same, how great is it to have an artist challenging the norm and giving us a breath of fresh air. His unique outlook has culminated with the release of his new album “Kaleidoscope Dream” during which he will be releasing two digital three song EPs first as a preview. YouKnowIGotSoul caught up with Miguel backstage after a recent performance in NYC. We discussed with him the decision to release his album this way, his uniqueness as an artist, the sound he has developed, being truly artistic, and much more.

YouKnowIGotSoul: Your new album “Kaleidoscope Dream” is coming soon. You’re releasing it in two digital EPs first with three songs each. What motivated you to release it that way?

Miguel: Well I put out a series of EPs earlier this year and I did it in three parts with one piece a month and each piece had three songs. For people who consume music the way that I do, it was a great way to connecting with that kind of core audience; the people that discover music online, the ones who go to blogs and are constantly searching for brand new music. Because I felt like I wasn’t really connecting with them before, I came up with this idea to do it that way and it worked really well for me, so I guess that crazy idea, I wanted to take it and apply it to a business model and somehow engage that audience who discovers music primarily online and on those blogs. I also want to engage fans who like to consume music the traditional way and buy albums when they come out in a complete package. It was a creative experiment that I think is innovative and it doesn’t hurt especially because the way that it works is that when you buy one piece, whatever you pay for that price goes to the full buying price of the album. Since you buy both pieces with each pieces being $3 in change, that adds up to a little bit more than $7, that first week when the album goes on sale for $7.99, you’re only paying a few cents for the rest of the album. So it kind of works in an economic way as well and it doesn’t hurt. I’m just trying to find a way to engage everybody because I know I don’t consume music the way that I did before, so I’m just trying something new. I think it’s all about accepting the new and just trying to be creative.

YouKnowIGotSoul: “Kaleidoscope Dream: The Air Preview” is coming soon, what can we expect on that part?

Miguel: “The Air Preview” comes out September 11th. I grouped these portions of my albums together not only for the dynamic of the album, but for them to have their own theme. “Air” is the best way of describing this set of songs whereas the first were a bit more dense and it kind of gave a vibe of being underwater. I don’t know how to explain it without sounding corny, but they feel more like that theme. The second set of songs is a lot more fun, it’s a lot more airy and I think it will capture the vibe of that perfect Friday night. It’s definitely got that dynamic, so that’s what “The Air Preview” is all about.

YouKnowIGotSoul: I love the sound you’re coming up with, it’s nothing like what’s out there right now, it’s so new and fresh. I’ve read you describing it as progressive and for this album you incorporated alternative influences that you’ve had. Talk about the sound you’re creating.

Miguel: I’ll put it this way: Whereas “All I Want You” was the sound of my relationship with my two ex girlfriends and my woman now, this is more of a sound of my entire life. It’s a bit darker, a bit more driven and that’s the best way of explaining it. It just sounds like the score to my life sonically. I had so much to do with it when it comes to either playing on the record, co-producing or producing like “Adorn”. I really feel like it’s the score to my lifestyle.

YouKnowIGotSoul: When I look at you as an artist, you’re creative and artistic in every sense of the word. How important is it for you to be that artistic and use this music as an art form?

Miguel: I think whatever the medium of creativity that you choose, I think It’s important that it reflects or projects your sensibilities. It’s really hard to do that when you’re not involved in your creative process. I hold it to such a high regard because all of my favorite artists infused their sensibilities so thoroughly in the music as an art form that it’s unmistakable that it’s who they are; when you hear it, it’s them, it’s almost signature. I guess the greats that I’ve taken as personal mentors so to speak have made it really important that I try to do the same. I guess I’m trying to find my way. It’s really, really cool to watch people be able to distinguish me from the next artist. I think the individuality in the music is genuine and people can see it and they can feel it more than anything. All of that being part of the creative process in whatever shape or form that you can be is integral in creating something that is unique. I think everyone is searching for that. I like to say this, I want to highlight individuality but also celebrate commonality. I think that’s found in the emotion in the music and that’s why people are drawn to it. Be yourself but don’t forget that we’re all connected.

YouKnowIGotSoul: The “Art Dealer Chic” series which you released earlier this year was something you produced all on your own and it got such a great reception. What did it mean to you to have such a big part in the creation of that and for it to receive such a great response?

Miguel: It means the world. First and foremost it’s just really cool as a creative individual to have an audience. Whatever it is you do as an artist or artistic person, you’re just searching for someone to pay attention. It’s such a humbling experience to know that when you put music out that people are going to actually listen. I appreciate the trust and respect that people give to the music. I will never take that for granted. So it’s really cool.

YouKnowIGotSoul: Like I mentioned earlier, your sound is so fresh and unique, but it doesn’t necessarily sound like anything that’s on the radio right now. Is it ever intimidating for you as an artist to create something that sounds nothing like what everyone else is doing?

Miguel: Not at all. I had the illest conversation today on the plane with a good friend of mine DJ Green Lantern. We were coming from Detroit and he was giving me an allegory of him telling another artist some kind of advice. I felt like it was so profound and he said this “Live life, and talk about”. Everyone has their own lives to live. What you do after we leave hear is going to be your experience and what I do is going to be mine. Everyone kind of wants to hear that, everyone has a story to tell. The more we try and tell the same story, it becomes redundant, we’ve heard that story. I don’t want to watch this movie, I know the plot. When things become redundant, you become tired of it. All I can do is write my perspective and for the next artist, that’s all that they should do. You can’t be afraid of your lifestyle; you’ve just got to live it and make it a part of your art. People are going to love it because they’re going to see that it’s ours. Whenever I do feel a little bit of doubt, I always remind myself that “It’s all about being real to yourself”.

Miguel: Just thanks. I appreciate the audience more than anything. Not too many people get to do this and it’s a blessing. I don’t ever intend on stopping, but it’s been such an amazing experience finding that audience and I hope I find more. I hope it grows and grows and grows. I hope I inspire people to tell their own stories.