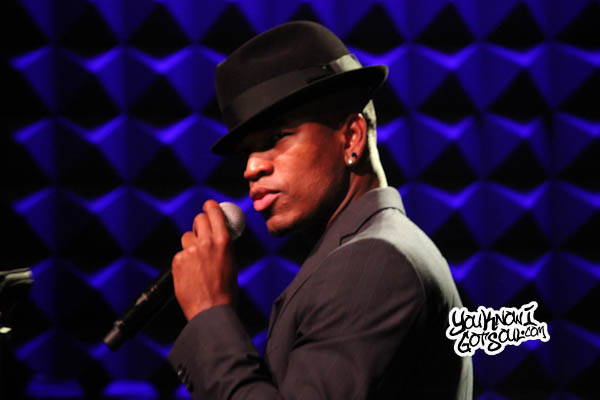 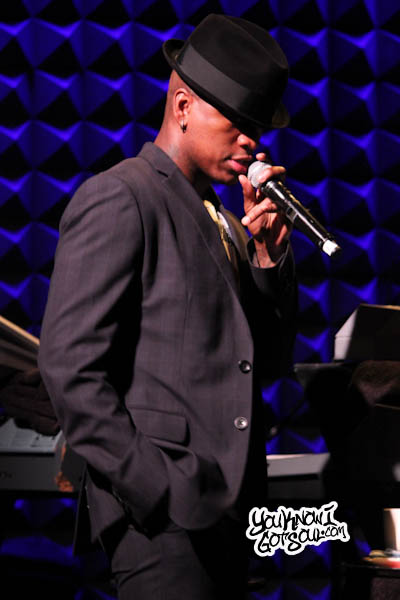 It’s a beautiful thing when you see an artist like Ne-Yo continuing to give back to the community even after achieving global super stardom over the past few years. We recently had a chance to sit down with him at the Boys and Girls Club in Newark, NJ while on day three of his 6th annual giving tour. In addition to talking about his Compound Foundation, we also discussed his latest album “R.E.D.” and how he was able to please both his pop & r&b audiences on the same record. Finally, we took it back to his origins as an artist, touching on his classic debut “In My Own Words” and why it took him so long to get on as an artist after writing hit after hit for others. Enjoy!

YouKnowIGotSoul: We’re here at the Boys & Girls Club in Newark for your 6th annual giving tour. Talk about this and what you do as part of the Compound Foundation.

Ne-Yo: This is the 6th year running of the giving tour with the Compound Foundation. We do four cities in four days, we started in Las Vegas, we always do Las Vegas because that’s where I grew up, then to L.A. to here and tomorrow to Atlanta. We team up with Boys and Girls Club and a bunch of sponsors and bring the whole positive holiday experience to kids who might not get it otherwise. It’s roughly 500 kids per city and we give away toys and bikes and games and give autographs and take pictures with everybody. Just doing something positive for the holidays.

YouKnowIGotSoul: In addition, you’ve got the new album “R.E.D.” out. I know you tried to cater to both your pop and r&b audiences on this one. Based on the reaction from fans, do you think you’ve been successful?

Ne-Yo: I think so. I feel like the responses that I’ve read have all been very positive on both sides of the slate and that’s all I can really ask for. As far as record sales and all of that stuff, it’s not really my concern, I don’t concern myself with that. I concern myself with what the people think. Of course you have your die hard r&b fans that wish the whole album is that, but then you have the diehard pop fans who wish the whole album could be that. I’m not completely r&b, I’m not completely pop, I’m music. I do music and I’m going to do it for different genres.

YouKnowIGotSoul: Something I noticed about the album is that even on the pop songs, if you were to change the production around to be more r&b based, they could be straight r&b songs. Is that something you were going for?

YouKnowIGotSoul: This is your first album with Motown being the senior VP of A&R over there. Has that given you more control and freedom to do what you want on your album?

Ne-Yo: Not necessarily in that I’ve never really had anybody telling me that I could or couldn’t do anything, even over at Def Jam. That was one of the things that attracted me to the deal, they know I could write a hit, so they wanted me to write some for myself. The thing with Motown is more on the A&R side of things. I’m trying to make sure that the roster full of new artists we have over there come out the right way.

YouKnowIGotSoul: Tell us about this great single you wrote for Luke James “Make Love to Me”. That’s an amazing song, how did it all come together?

YouKnowIGotSoul: Let’s take it back a little bit. Your first album “In My Own Words” is a classic album. With the way r&b is evolving so much, do you feel like a young Ne-Yo coming out for the first time in 2013 could release that same album and be successful?

Ne-Yo: It would be the exact same album. I don’t have any regrets and I would never go back and change anything just because I feel like everything that has happened up until this point has led me this point, so I wouldn’t change a thing.

Ne-Yo: I appreciate your time. “R.E.D.” is in stores now, make sure you go and pick it up. As long as you keep cheering me on, I’ll keep trying to make quality music as well.