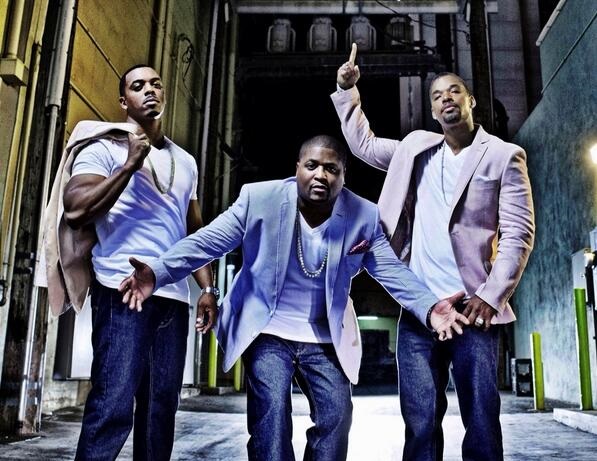 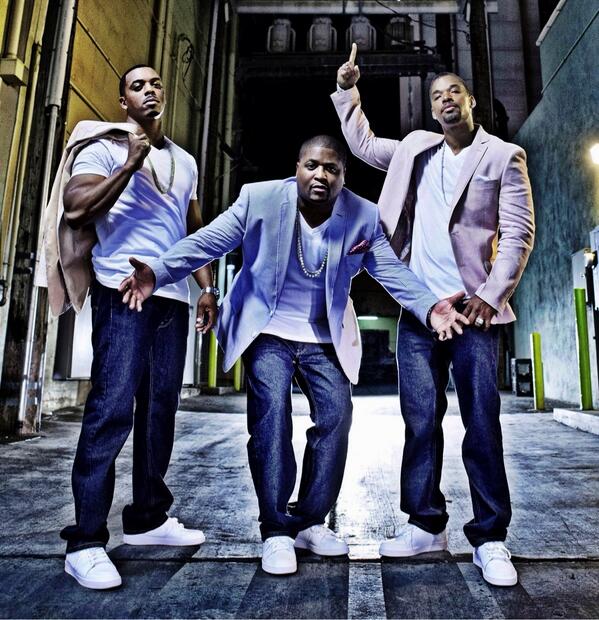 With crossover smash hits like “Too Close” and “Wifey” dominating the radio, there’s no denying that Next was on top of the world of r&b and music in the late 90’s and early 00’s. Following their third album “The Next Episode” in 2002 however, the group has gone through some well publicized issues and failed to release a new album. Now 15 years after their debut released, all three original members of the group are back together and planning a new album. With the direction music has gone since they released their last project, it’s obvious there has been a void left by their absence, so it’s great to have the trio back to doing what they do best. YouKnowIGotSoul caught up with R.L. and T-Low (Tweety was away on an acting gig) prior to a recent performance by the group in New York City. In this interview we discuss their new album “Music 101”, remaining together as a group all of these years, what it will take to reach their level of previous success, the lack of r&b groups out today, and more.

YouKnowIGotSoul: What’s it like being back together as a group and performing and recording new music?

T-Low: Feels good to have my little brothers back. One on each side with Tweet on the left and R.L. on the next. It’s good, we feel happy. Voltron has reformed!

YouKnowIGotSoul: What’s the biggest challenge keeping it together all these years?

R.L.: Really, it’s our lives. We grew up, we’re men now. With business ventures that we have, it’s really being able to be in the same room together at the same time. It’s not necessarily that we’re beefing, it’s more like we’re growing in different areas and we forgot to water the root. That’s what we’re trying to do. Just to keep the root going! I think it’s just us being able to get in the same room together because we’re so busy doing other things. Next really allowed us to really grow in other areas and afforded us other opportunities. What we had to remember was what got us here and that’s why we’re back in.

YouKnowIGotSoul: Are you guys recording in the studio again?

YouKnowIGotSoul: How has the group’s sound evolved?

R.L.: T-Low wanted me to go back into freaky mode. I went on to some love stuff and he was like “No!”

T-Low: We’ve got to be those boys, like you’re a man and you put the album, you don’t have to say anything. Everything happens just putting the album on.

YouKnowIGotSoul: Have you noticed that your fans have been waiting for you all of these years?

R.L.: That’s one of the main things for us. We can tour forever off the records that we have to be honest. That’s afforded us a lot of leisure time and almost made us get too comfortable because we can just say “Let’s go perform”, but we know our true fan base wants new music, so it’s time.

YouKnowIGotSoul: R&B music isn’t selling like it used to like when you guys were out. What’s it going to take to reach that level of success again?

T-Low: I’m going to be honest with you. On my end, I’m not even in it for the record sales. It’s all about the music.

R.L.: It’s going to take talent. I’m going to be honest, it’s going to take some real music. Right now, people are putting out things so they can get on the radio real quick. If you noticed, a lot of artists are putting out more than one album in a year because they’re popular, but they’re not successful. Real music and real artists continually sell records. You might not sell at the level you were, but in this climate right now, selling 500,000 is like 750,000 back in the day. The truth is, you sell yourself. If you get on stage and can’t perform, you’re not going to sell. You’re selling yourself short. I think it’s going to take a lot of artists like us, Dru Hill and Jagged Edge to come back out with that right material. Not settling for that independent deal that’s not going to promote you and put your product and push you out there to the masses. I mean real music, getting promoted and getting the opportunity in this market place. We can’t use that as an excuse anymore saying that the market place, no. The industry is diluted because a lot of wack artists come out because of Facebook, Twitter and other social media outlets where anybody can put out an album. That doesn’t mean they should. Leave it to the big boys.

YouKnowIGotSoul: How come we haven’t seen many R&B groups being successful these days?

T-Low: Well, he just wrote a record for Mindless Behavior. He wrote a record for them and shot a video. I really believe this group will go far because they’re talented. It’s almost like you’re seeing another B2K. Right now I feel the industry is missing our genre. It’s a gap and I feel like we need to band together. If you see now, we’re working on a tour where it’s Jagged Edge, Dru Hill and Next. Who would ever thought that? We’re together now. We’re coming out with this real music and really performing and really singing.

YouKnowIGotSoul: I know some artists are afraid to go into Adult Contemporary because it excludes them from everything else.

R.L.: It’s the same music that Trey Songz would do to an extent, but we may be 5 or 10 years older than him. That’s it. This is how I look at it, this is what I want Next to be: Okay these artists out are like my little brothers. They bring their girlfriend home after school and we’re in our rooms with our shirt off. We just got out of the shower. She hasn’t slept with him yet. They kiss. They’re doing other things, but they haven’t been there yet. They’re about 16-17. They walk past our room and the door is cracked. We’re sitting in bed with our shirt off. She looks and she gets excited like “You know what? When I’m 17-18, that’s the type of dude I want.” We are the guys that the young girls fantasize about like “When my age gets to that age, that’s how I want my man to be!” We’re just the professionals. That’s why the album is called “Music 101”. We’re just trying to teach the cats.

R.L.: I just want to say that it’s about being humble and understanding that it’s more about the music. Our music has been timeless. We’ve been blessed to have some of the biggest records ever and I’ve been afforded the opportunity to write for some great artists and write some really successful records. So us being here, we don’t take it for granted. That’s why when we found Tweet had an acting situation, we didn’t say “Forget it, we can’t do the show.” We’re still here. We want to show artists that through our hard work and being humble, 15 years later you can still be in the game.