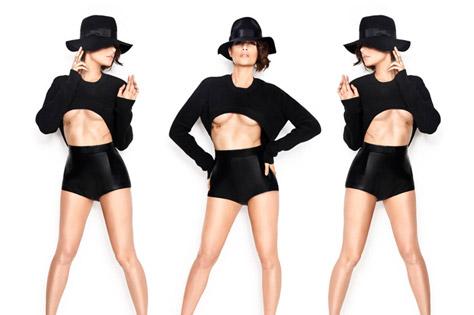 The Pharrell protege and American Idol – Season 3 album, Leah LaBelle released her new video “Lolita” today on VEVO. The newly released “Lolita” can be found on her forthcoming debut album, set to be released sometime in 2013 via So So Def/i Am Other/Epic Records.

With Jermaine Dupri and Pharrell Williams behind the project, this is definitely not one to disappoint.

The Diane Martel directed video finds the songstress working a lemonade stand, watering her garden, and more all while shirtless guys chase after her.