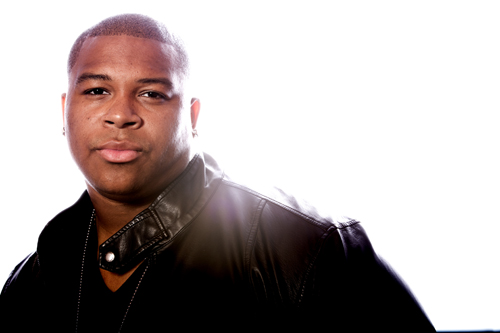 The talented singer/songwriter co-wrote “Who’s Gonna Love You More” with Jason Pennock (Babyface, Far East Movement, Natasha Bedingfield) and Jamie Jones (Michelle Williams, The Pussycat Dolls) who also produced the track. “Who’s Gonna Love You More” showcases the same comforting yet husky and powerful vocals which captured millions of fans on Idol and throughout the US on the American Idol LIVE! Tour. Known as “Big Mike” to America and deemed “a versatile stand-out” on season nine of Idol by Blog Critics, Michael became the front-runner after bringing one of the judges to tears during his performance of “This Woman’s Work.” The devoted husband and father also garnered press when he learned over the phone, live on television while on Idol, that his wife back home in New York City had just delivered their first child.

Following his rise on Idol, the Florida native was signed to St. Petersburg based Big3 Records by Chairman/CEO Bill Edwards. Michael has been working on his debut album in Florida, Los Angeles and his current residence of New York. “The theme of the album is love” explains Michael. “I’ve crafted different songs that really encompass love in its many components.”

Michael welcomed the birth of his second child this year and most recently, he is featured in the current Special Edition of People Magazine. He has a regular segment on “Good Day New York” Fox 5 morning show as a correspondent for the American Idol re-caps. A video for “Who’s Gonna Love You More” is in the works, as is a summer radio promo tour.