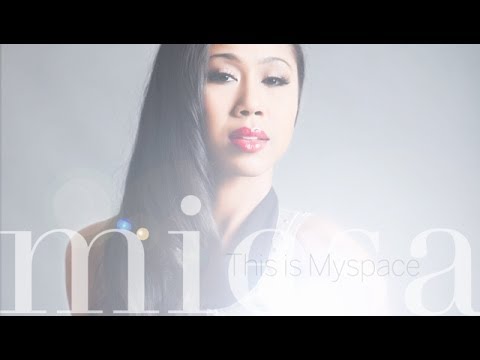 Miesa released her debut single, “Blame My Ex,” on Myspace this Thursday, where she is also featured as the site’s Artist of the Day, presenting her talents to the site’s 40 million users, alongside artists like Pharrell Williams and Justin Timberlake. The single is the first from her forthcoming debut album which is due to be released later this year.

Having already been tapped by Hits Daily Double as “one to watch” and said to “make her mark as a new female R&B/pop contender to watch,” by Yahoo! Music. Miesa has already ushered in new fans during her live promo series with The Gibson Showroom in New York and Los Angeles, and her “Unveiled” weekly series on Twitmusic which drew more than 200,000 users. The singer is coming off several promo dates in New York City including a stop in May at the Hudson Hotel for the monthly series, Live From Oz where she was called “a standout.” She also performed at the iconic Rockwood Music Hall presented by Levi’s exclusively for Miesa, which online writer Dave Gendelson said “If this was but a glimpse at what we can expect from her full length album, we’re certainly excited for what’s to come.”

After releasing “Antidote” last year to VEVO (nearing 100k in views) and the Yahoo! Music premiere of “(Nope) Can’t Let Go,” in November of 2013, Miesa returns this summer with her debut single “Blame My Ex,” pleasing taste-makers and fans alike. “(Blame My Ex) is one of my favorite songs from the album, I originally recorded the song as a demo for Kelly Rowland but it has always felt like it was written for me.” says Miesa, “I can’t wait for people to experience and hopefully relate to the lyrics.” The single was written by JacksonCroft (Tamia, Pia Toscano) and produced by The Chemistri (Deborah Cox, Kristinia Debarge).

“Soulful but not forced, Miesa’s voice is a refreshing addition to the pop-tinged R&B landscape,” says Myspace.com of Miesa’s new single, “Blame My Ex.” “Myspace, Levis and last year with Twitmusic are a few of many branding alliances we have planned for Miesa over the next year,” says Ryan Prescott of T.A.G. Marketing Group, “Miesa is a well-rounded artist that attracts a wide array of consumers and demographics.”