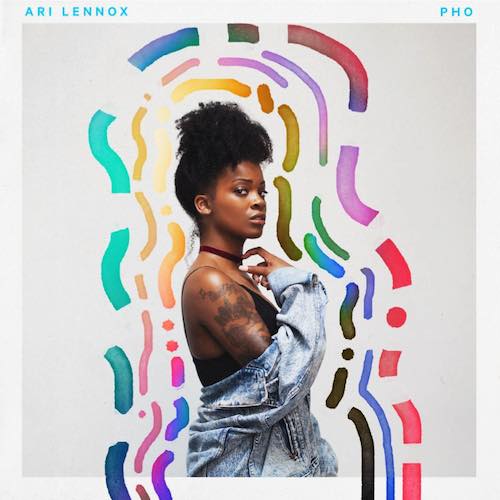 Washington D.C. based r&b singer and recent Dreamville/Interscope signee Ari Lennox will release her anticipated EP “PHO” on Friday, October 21st, 2016. The only female in her crew and the only vocalist, Lennox has much to prove and sets out to do just that with her whimsical new offering.

“Sometimes women are put in this box where we’re only supposed to talk about certain things,” the 25-year-old singer-songwriter explains. “I want to be braver and riskier. I think people want to hear that kind of honesty and frankness.”

Inspired by some of the greatest female vocalists of all time: Ella Fitzgerald, Billie Holiday, Minnie Riperton and Whitney Houston, Lennox modestly describes her own voice as “vulnerable and soulful; imperfect but pretty.”

The blossoming, young talent does not hold back on the lead single “Backseat” featuring labelmate, Cozz, where she playfully shifts the romantic gears in a relationship to get what she wants physically. “While the music is soulful,” asserts Lennox, “I’m also talking about something suggestive and unusual for a female.”

Produced mostly by DJ Grumble, who delivered “Backseat,” with additional production from Fellt and Hollywood JB, Ari Lennox says the project sounds like, “Modern, relaxed, turned up soul… It’s just chill with trappy vibes reminiscent of the beautiful music from the ‘70s.”

“PHO” will be released digitally everywhere next Friday on Dreamville/Interscope Records.