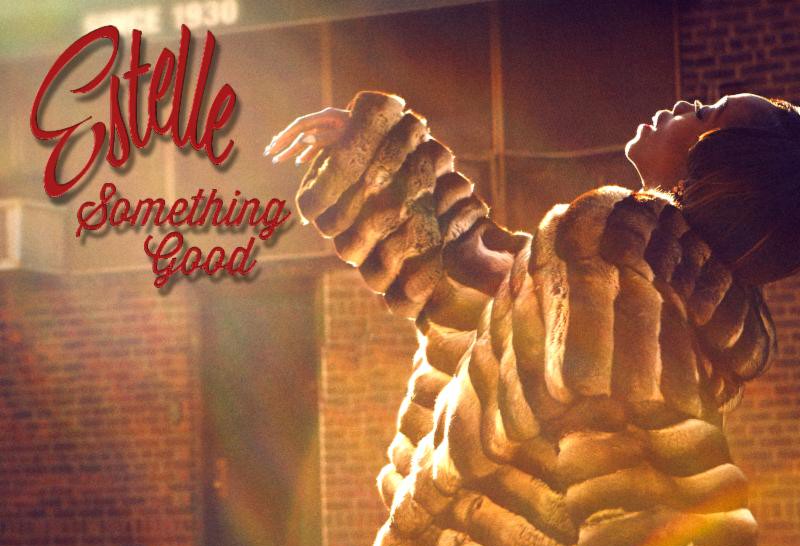 Estelle has unveiled her new video for the breezy, danceable house track “Something Good” from her forthcoming album True Romance, out February 17. Estelle and her label Established 1980, Inc. teamed up with Music Choice for the video’s worldwide launch as part of Estelle’s involvement in the multi-platform video and music network’s “Take Back Your Music” campaign, which highlights how today’s most compelling artists reclaim control of their music. The video was shot on location in Jackson, Mississippi, offering a front row seat to her electrifying concert and genuine affection for her fans. The two music powerhouses chose to partner on the feel-good song for this venture because the song celebrates life and all its goodness.

In other news, Estelle will appear on VH1 Big Morning Buzz Live on October 30th, KTLA Morning News on November 10thand Live with Kelly and Michael on November 13th to perform her powerful and inspirational single “Conqueror,” which is currently being featured in the end credits of the film Addicted, in theaters now. Estelle will also appear on Tavis Smiley, The Real, Hallmark Channel’s Home & Family and more in the coming weeks so stay tuned!

On October 28th, Estelle will perform a special set at the 15th Anniversary Benefit for iMentor at Cipriani 42nd Street. For tickets to the event, please call 212 245 6570. iMentor works to build one-on-one mentoring relationships that empower students from low-income communities to graduate high school, succeed in college, and achieve their ambitions.