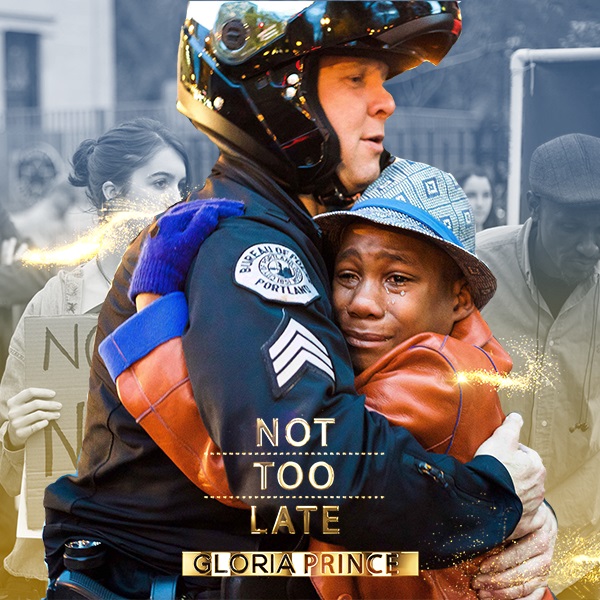 Emerging r&b talent Gloria Prince has just released the lyric video for her new song “Not Too Late”. The emotional new song sends a powerful message to everyone in the world that we need to raise our voices as one and it’s “not too late” to spread love, peace, and unity. Throughout the history of mankind, music has played a vital role in promoting peace, love, courage, and unity, and Gloria stresses the importance of this by releasing a breathtaking anthem.

The lyrics and video combined with Gloria’s voice, make an appealing impact on the soul. She adds the following:

The song is written by Marquis Rachad and production by Grammy nominated music producer KeyzBaby.