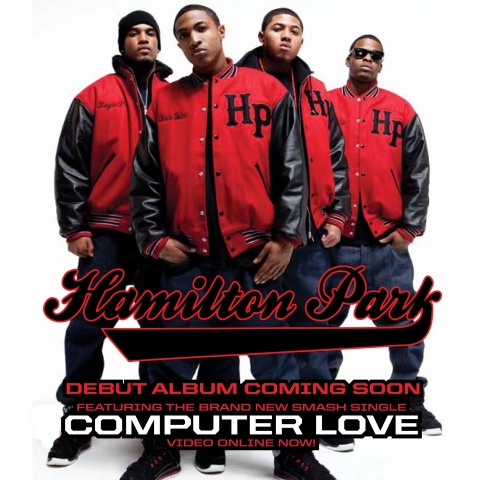 In the 1990’s America got its first taste of down-home R&B with groups like 112, H-Town, and Jagged Edge that featured youthful soul singing placed over rhythms that made you move.

The New Generation of that tradition is HAMILTON PARK.

They are four guys from the “Peach State” that honed their harmonizing skills and developed chemistry by singing in church, on Marta trains and buses around the City of Atlanta looking to be discovered.

The group’s vocal texture and ability is reminiscent of a period in music when the artist had to have Showmanship, Great Songs, Real Vocals and be more than just Handsome Faces.

Their songs are infectious expressions of youth that you can feel that’s often abandoned in today’s disposable pop environment.